Story Code : 684757
Islam Times - Leader of Lebanese Hezbollah said Monday despite the US claims about fighting terrorism, it engaged in all-out efforts to assist ISIS in the Syrian town of al-Bukamal.
Speaking during a televised address to the Lebanese nation in capital city of Beirut, the secretary general of the Lebanese Hezbollah resistance movement Sayyed Hassan Nasrallah noted that the liberation of al-Bukamal was a major victory over ISIS, because the border town was the last Syrian city occupied by the Takfiri terrorists.

"The US helped ISIS as much as it could in al-Bukamal short of directly engaging forces that fought to liberate the town from ISIS,” the Hezbollah leader noted.

Sayyed Nasrallah went on to note that the US provided ISIS terrorists with full air cover in al-Bukamal.

The US sent its drones to al-Bukamal and provided ISIS with accurate information about what was going on, Nasrallah said, adding that American forces also waged electronic warfare against forces that were fighting to liberate al-Bukamal.

American forces also provided air transfer for ISIS commanders and facilitated their escape to eastern shores of the Euphrates, he said. The Hezbollah leader stated that even Turkey’s President Recep Tayyip Erdogan slammed the US for helping ISIS.

Sayyed Nasrallah emphasized that recapturing al-Bukamal led to unity of Syria and ended ISIS’s self-proclaimed state in the country.

He added that following recent victories in Iraq and Syria, the military structure of ISIS collapsed in the two countries and Iraqi forces have reached the Syrian border.

Victory over ISIS is victory of Islamic values

Hezbollah leader noted that the victory over ISIS was victory of Islamic values over terrorists’ savagery.

He noted that Soleimani was commanding anti-ISIS operations in the two countries at the frontline and was never a commander to issue orders from behind the lines.

Elsewhere in his remarks, the Hezbollah leader referred to the latest meeting of the Arab League foreign ministers in Cairo, who designated the Lebanese Hezbollah as a terrorist group, saying that this was not the first time that such accusations were leveled against Hezbollah.

Sayyed Nasrallah said the Arab League statement has labeled Hezbollah’s council, which is part of the Lebanon’s government, as a terrorist outfit, alleging that it provides missiles to terrorist groups in the region.

He added that accusations about Hezbollah sending missiles to regional countries were false and undocumented, emphasizing that the group has never sent any missiles or even light weapons to Kuwait, Yemen, Iraq or Bahrain or any other country in the region.

The leader of Hezbollah went on to say that the Arab League has warned Lebanon that if Hezbollah is not disarmed, security of the country would be in jeopardy.

Hezbollah leader emphasized that the main threat to security of Lebanon was the Zionist regime of Israel.

He added that the resistance front’s weapons were the main factor restoring security and stability to Lebanon, because they were used for defensive purposes in the face of the Israeli aggression.

Sayyed Nasrallah emphasized that Hezbollah’s weapons were used only against terrorist groups such as ISIS and posed no threat to security of Lebanon.

He stated that the main reason behind the recent Arab League meeting was not to discuss the issue of Palestine or other problems facing the Islamic world, but its main reason was the recent missile attack against a Saudi airport near the country’s capital, Riyadh.

Hezbollah, Iran do not supply missiles to Yemeni forces

Sayyed Nasrallah refuted Saudi Arabia and Arab League’s claims that the missile was provided to Yemeni Ansarullah fighters by Iran or Hezbollah.

He added that Saudi Arabia and its allies must admit that they have been defeated by Yemeni forces in their war of aggression against the country.

The Hezbollah leader then took the Arab League to task for failing to address Saudi Arabia’s devastating aerial bombardment of the “Arab country of Yemen,” saying, “Saudi Arabia is bombing Yemeni people day and night.”

The Hezbollah secretary general also praised Lebanese officials and politicians for their firm stance regarding Prime Minister Saad Hariri’s shock resignation, calling on him to return to Lebanon as soon as possible.
Source : http://alwaght.com/en
Share It :
Related Stories 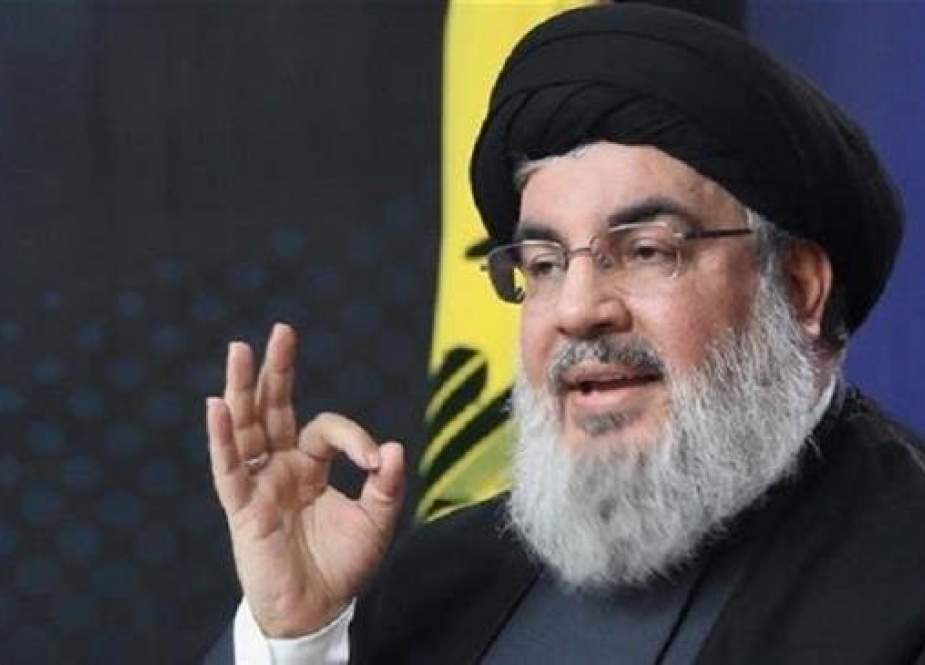