US withholding $255 million in aid to Pakistan: US envoy to UN

Story Code : 694330
Islam Times - The United States is withholding $255 million in aid from Pakistan in the backdrop of souring ties between Islamabad and the administration of US President Donald Trump.
US Ambassador to the United Nations Nikki Haley confirmed at a press conference on Tuesday that the White House had made the decision.

“The administration is withholding $255 million in assistance to Pakistan,” said Haley. “There are clear reasons for this. Pakistan has played a double game for years. They work with us at time, and they also harbor the terrorists that attack our troops in Afghanistan. That game is not acceptable to this administration.”

The decision was made in the wake of Trump’s first 2018 tweet, in which he ripped Pakistan over serving as a “safe haven” for Afghanistan’s terrorists.

“The United States has foolishly given Pakistan more than 33 billion dollars in aid over the last 15 years, and they have given us nothing but lies & deceit, thinking of our leaders as fools. They give safe haven to the terrorists we hunt in Afghanistan, with little help. No more!” Trump tweeted on Monday.

But those responsible for the situation in Afghanistan are “Americans themselves,” according to writer and journalist Adam Garrie.

During an interview earlier on Tuesday, he further noted that the “troop surge” under Trump has led to “a new alliance for peace,” involving Pakistan, China, Russia, and Iran.

The $255 million is only part of the aid and as the US envoy to the United Nations warned, the American commander in chief could still block all the funding to Islamabad.

“We expect far more cooperation from Pakistan in the fight against terrorism,” Haley said. “The president is willing to go to great lengthens to stop all funding from Pakistan as they continue to harbor and support terrorism.”

Islamabad denies providing a safe haven to terrorists, asserting that its fight against terrorism is faced by Washington’s “invective and mistrust” in return, as the Pakistani defense ministry said in response to Trump’s tweet.

After the president’s statement, US Ambassador David Hale was summoned to Pakistan's Foreign Ministry to discuss the matter.

During the meeting, Pakistan lodged a strongly-worded protest and asked for clarification of Trump's comments.

Meanwhile, Pakistan’s Prime Minister Shahid Abbasi called for a Tuesday cabinet meeting and a meeting of the National Security Committee on Wednesday to discuss Trump’s remarks.
Share It :
Related Stories 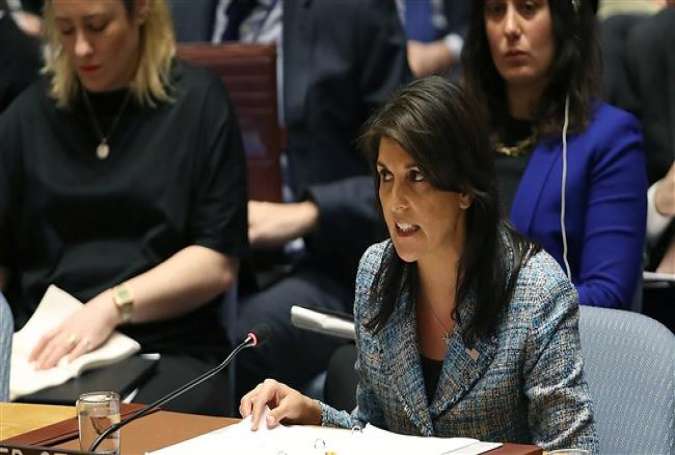