Story Code : 751622
Islam Times - Iranian President Hassan Rouhani says the Islamic Republic will give a "crushing" response to the slightest threat against the country.
The Iranian president made the remarks during separate phone calls with Interior Minister Abdolreza Rahmani Fazli and governor of the southwestern Iranian province of Khuzestan on Saturday, following a terrorist attack on a military parade in the provincial capital of Ahvaz.

"Those who are providing these terrorists with propaganda and intelligence support must be held accountable," Rouhani said.

He expressed his sympathy with the bereaved families of the victims of the terrorist attack and ordered Iranian officials to adopt immediate measures to treat the injured.

The Iranian chief executive further gave necessary orders to the Intelligence Ministry and all security and military bodies to immediately identify the terrorists and their ringleaders and also to decisively deal with all those who committed the crime.

“Terrorists recruited, trained, armed, and paid by a foreign regime have attacked Ahvaz. Children and journos [are] among casualties,” Zarif tweeted on Saturday.

Iran holds “regional terror sponsors” and their “US masters” responsible for the attack, he said.

At least 25 people were killed and 60 others injured in the Saturday terrorist attack, according to Deputy Governor of Khuzestan Province Ali Hossein Hosseinzadeh.

The death toll could still rise due to the severity of the injuries. Civilians, including women and children, who had come to watch the parade, were among those killed.
Share It :
Related Stories 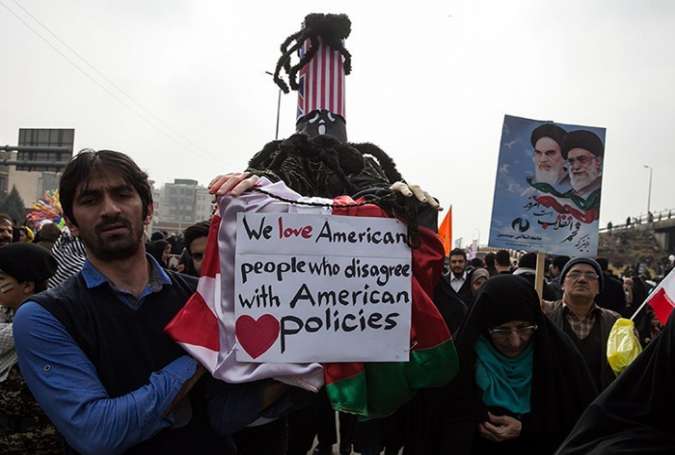