Story Code : 766934
Islam Times - Turkish President Tayyip Erdogan says Ankara will send its forces to the Syrian town of Manbij if the United States does not remove the Kurdish People's Protection Units (YPG) militia from the area.
Erdogan made the remarks in an address to members of the Organization of Islamic Cooperation (OIC) in Istanbul on Friday days after he threatened to launch a new operation to target the fighters.

"Manbij is a place where Arabs live, but they have surrendered the area to the terror organization. Now we are saying that you should cleanse, remove them, or else we will enter Manbij. I am speaking very clearly," he warned.

Erdogan said Turkey was also determined to bring "peace and security" to areas east of the Euphrates, where the YPG controls an area stretching more than 400 km (250 miles) along the border toward Iraq.

The Turkish president compared the promised military campaign to an incursion into northern Syria in 2016 and another one, which was launched earlier this year by Turkish forces and their Syrian rebel allies, who still hold territory there seized from YPG and the Daesh terrorists.

Also on Wednesday, Erdogan said his country will launch an operation against the US-backed Kurds in northern Syria within days.

"We will start an operation to free the east of the Euphrates from the separatist terrorist organization in the next few days," Erdogan said during a speech in Ankara, referring to territory held by the YPG.

Turkey considers the YPG a terrorist organization and an extension of the outlawed Kurdistan Workers’ Party (PKK), which has been fighting for an autonomous region inside Turkey since 1984.

Turkey has been infuriated by US support for the YPG, which forms the backbone of the so-called Syrian Democratic Forces (SDF), an anti-Damascus alliance of predominantly Kurdish militants.

Turkey has complained over the slow implementation of a deal with Washington to pull YPG Kurdish fighters out of Manbij, which lies in mainly Arab territory west of the Euphrates, back to the eastern bank of the river.

A spokesman for the Syrian militants said on Thursday that up to 15,000 fighters are prepared to support Turkey's latest operation.

The United States, which has set up observation posts on the Syrian side of the border, has warned Turkey against a new incursion and said the newly constructed positions would help deter any security threat against Turkey coming from Syria.

Erdogan, however, said Turkey had waited long enough to act against the YPG militia, which it says is indistinguishable from PKK militants who have waged an insurgency against the state in southeastern Turkey for 34 years.

"We are not only providing security for our country when taking steps in Syria but we are also protecting the honor of people," he said.

Kurdish commander Mazloum Kobanin said on Thursday the US-backed SDF, which are spearheaded by the YPG, would respond strongly to any attack.

Daesh loses control of last town in Syria
Erdogan's warning came as a monitor said US-backed militants have seized the town of Hajin in eastern Syria.

Hajin was the last big town held by Daesh in its remaining pocket of territory east of the Euphrates River near the border with Iraq.

A YPG source said Kurdish militants were now in control of Hajin, where some small remaining pockets of Daesh resistance would be finished off in the next day or two.

The capture of Hajin leaves Daesh in control of a diminishing strip of territory along the eastern bank of the Euphrates River. The terrorists also control some desert terrain west of the river in territory otherwise controlled by the Syrian government and its allies.

Daesh was driven from nearly all the territory it once held in Syria last year in separate campaigns waged by the Syrian government and Kurdish forces.

The victory came even as SDF commander-in-chief Mazloum Kobani told Reuters on Thursday that at least 5,000 Daesh terrorists remained holed up in the pocket of territory including Hajin and that they had decided to fight to the death.

In the past, Daesh terrorists have left territories under their control with little resistance in the face of US troops and their proxies.
Share It :
Related Stories 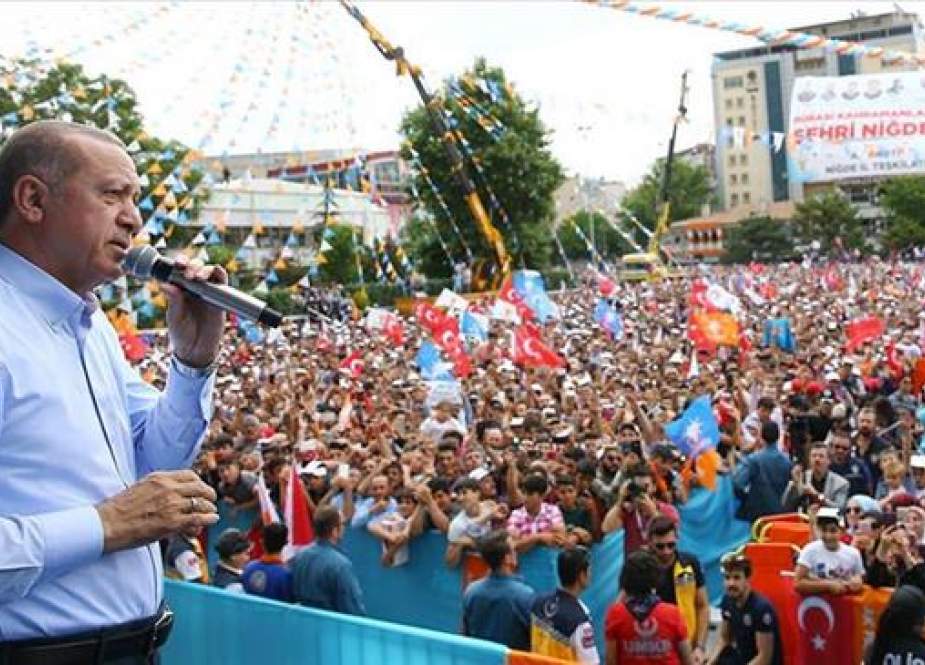