Story Code : 794503
Islam Times - Yemeni army forces, supported by allied fighters from Popular Committees, have intercepted and targeted an unmanned aerial vehicle belonging to the Saudi-led military coalition, as it was flying in the skies over a region in the country’s western-central province of Sana'a.
An unnamed Yemeni military source told Arabic-language al-Masirah television network that Yemeni air defense forces and their allies shot down the US-built MQ-1 Predator combat drone with a surface-to-air missile late on Tuesday.

The source added that the unmanned aerial vehicle was brought down as it was on a mission in the skies over Dian area in the Bani Matar district of the province.

The MQ-1 Predator drone is a remotely piloted aircraft (RPA) built by the American energy giant General Atomics. This model which carries several cameras and sensors has been used by the US  Air Force (USAF) during the war in Afghanistan, Iraq, Syria, and Somalia.
Share It :
Related Stories 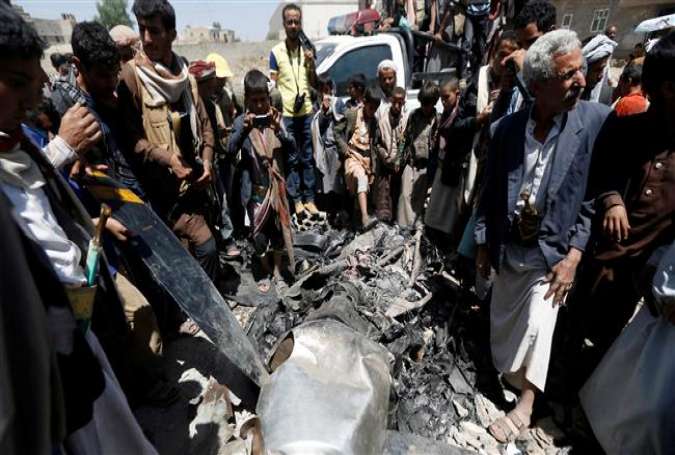