Story Code : 815846
Islam Times - A spokesman for Palestinian Hamas resistance movement has dismissed Israeli Prime Minister Benjamin Netanyahu’s controversial pledge to annex the Jordan Valley in the occupied West Bank if re-elected, stating that he is still under the delusion that the Tel Aviv regime could maintain its occupation of the Palestinian land.
Hazem Qasem stated on Wednesday that the Palestinian people would continue their struggle to remove the occupation from their territories, and establish their independent state.

Qasem then accused Netanyahu of wooing his right-wing supporters through selling illusions that the Israeli regime can occupy the Palestinian land forever.

The Hamas spokesman later stressed the need for a unified Palestinian front in the face of rightist Israeli policies.

Separately, the European Union warned on Wednesday that Netanyahu's pledge to annex the Jordan Valley in the occupied West Bank if he wins next week's election undermines chances for peace in the Middle East region.

“The policy of settlement construction and expansion... is illegal under international law and its continuation, and actions taken in this context, undermine the viability of the two-state solution and the prospects for a lasting peace,” an unnamed EU spokesperson said in a statement.

Moreover, Palestinian President Mahmoud Abbas has reiterated that the Palestinian Authority will cease all agreements signed with the Israeli regime if the latter decides to annex any part of the occupied Palestinian land.

Speaking at a meeting with visiting Luxembourgish Foreign Minister Jean Asselborn and his accompanying delegation in Ramallah on Wednesday, Abbas underscored that Benjamin Netanyahu's vow to annex the Jordan Valley in the occupied West Bank eliminates all chances of achieving peace and undermines all international efforts to end the Palestinian-Israeli conflict.

He slammed the pledge as a clear violation of all United Nations resolutions and the international law.

Abbas then lauded the position of Luxembourg and the EU in warning Israel against taking such steps, which will destroy the foundations of the so-called political process, calling on the international community to take a firm stance to force the Israeli regime to reverse such measures.

Asselborn, for his part, affirmed his country’s support for the so-called two-state solution, and rejection of any measures that could undermine such an initiative.

Turkey’s foreign minister on Tuesday slammed Israel’s prime minister over his “illegal, unlawful and aggressive” messages in election pledges, saying they are part of a “racist apartheid” regime.

“The election promise of [Israeli Prime Minister Benjamin] Netanyahu, who is giving all kind of illegal, unlawful and aggressive messages before the election, is a racist apartheid state,” Mevlut Cavusoglu wrote on her Twitter page.

“[Turkey] will defend rights and interests of our Palestinian brothers and sisters till the end,” Cavusoglu added.

Meanwhile, Jordan, Qatar and Saudi Arabia have strongly condemned the remarks by the Israeli prime minister in which he pledged to annex the occupied Jordan Valley.

Jordan’s Foreign Minister Ayman Safadi said Netanyahu’s declaration is a dangerous escalation that will torpedo the foundations of the so-called peace process, fuel the Israeli-Palestinian conflict and push the entire Middle East region towards violence.

Safadi stressed Jordan’s rejection of the annexation pledge, terming it as a flagrant violation of international law and an election stunt that will kill the peace process and undermine the rights of peoples in the region.

He described Netanyahu’s declaration as a threat to security and peace in the region and the world.

The Qatari Foreign Ministry also said in a statement that the step is going to totally destroy all chances of peace.

It condemned it as another Israeli violation of the international law, stating that the Tel Aviv regimes continues its expropriation of the Palestinian land and denial of Palestinians’ basic rights.

It added, “The kingdom affirms that this declaration is a very dangerous escalation against the Palestinian people and represents a flagrant violation of the UN charter and the principles of international law.”

Saudi Arabia also called for an “emergency meeting” of the foreign ministers of the 57-member Organization of Islamic Cooperation (OIC).

Furthermore, Syria has condemned a vow by the Israeli prime minister to annex part of the occupied West Bank if re-elected, accusing him of expansionism.

The source said that the planned move is consistent with Israel's “expansionist nature” and its history of “attacking the rights of Palestinians.”

He also criticized Arab states for seeking to normalize ties with the Israeli regime, saying they “bear a historical responsibility for its rogue behavior.”

The United Arab Emirates also strongly condemned and categorically rejected Netanyahu’s planned annexation of land from the occupied West Bank in the event of an election win.

Sheikh Abdullah bin Zayed Al Nahyan, Minister of Foreign Affairs and International Cooperation, stated that this announcement represents a dangerous escalation that violates all international resolutions without the slightest regard for their legitimacy by undermining the noble intentions of those in the international community working towards a peaceful resolution to the Palestinian issue.

He underscored that this declaration threatens to undermine decades of political efforts by the international community to achieve a fair and just resolution to the Palestinian issue, emphasizing the matter's centrality to Arabs and Muslims.

Additionally, the Lebanese Hezbollah resistance movement on Wednesday denounced as an act of aggression the Israeli prime minister’s pledge to annex Palestinian territories in the occupied West Bank if he emerges victorious in the September 17 polls.

Hezbollah said in a statement that Palestinian people have the right to confront any aggressive move against their land.

“This decision comes in the wake of positions taken by (Persian) Gulf Arab states in support of the Zionist regime (of Israel),” the statement read, noting that such stances had encouraged the Tel Aviv regime to go ahead with aggression against Arab people in Lebanon and Palestine.

“Normalization attempts by these states represented a chance for Netanyahu to seize more land,” Hezbollah said, noting that the Israeli premier had previously announced to annex Jerusalem al-Quds as well as territories in the occupied West Bank and Golan Heights.

“All Judaization attempts are doomed to failure, as Palestinian people will foil any such bids just like the so-called deal of century (proposed by US President Donald Trump) through unity. The Palestinian people’s right to defend the entire Palestine will never change,” the statement concluded.

Israel occupied the West Bank in the 1967 Six-Day War in a move never recognized by the international community.

The Jordan Valley accounts for around one-third of the West Bank. Israeli right-wing politicians have long viewed the 2,400-square kilometer (926.65-square mile) strategic area as a part of the territory they would never retreat from and stated that the Israeli military would maintain its control there under any peace agreement with the Palestinians.
Share It :
Related Stories 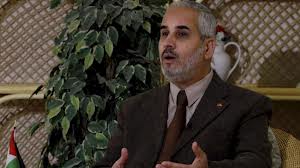