No one can rely on the United States of America because it will stab its own allies in the back: Sayyed Hassan Nasrallah

Story Code : 820990
Islam Times - Sayyed Hassan Nasrallah said that "No one can rely on the United States of America and an agreement struck with it because of the latter’s disloyalty and treachery.”
The secretary general of the Lebanese Hezbollah resistance movement has warned against placing trust in the United States, emphasizing that Washington cannot be trusted at all as it betrays own allies in a surreptitious way and does not stand committed to any agreement.

Nasrallah then pointed to President Donald Trump’s decision to withdraw US forces from northeastern Syria, saying, “America broke faith with Kurds at once, and abandoned them. Such a fate awaits anyone who trusts Washington.”

In a speech during the weekly Ashura Council at Sayyed al-Shuhada 'A compound in Beirut's southern suburb, Mr. Nasrallah pointed out that the Americans abandoned the Kurds overnight and left them.

“Americans can’t be trusted at all since they break promise with anyone who depends on them, and left them alone,” the Hezbollah chief said.
Share It :
Related Stories 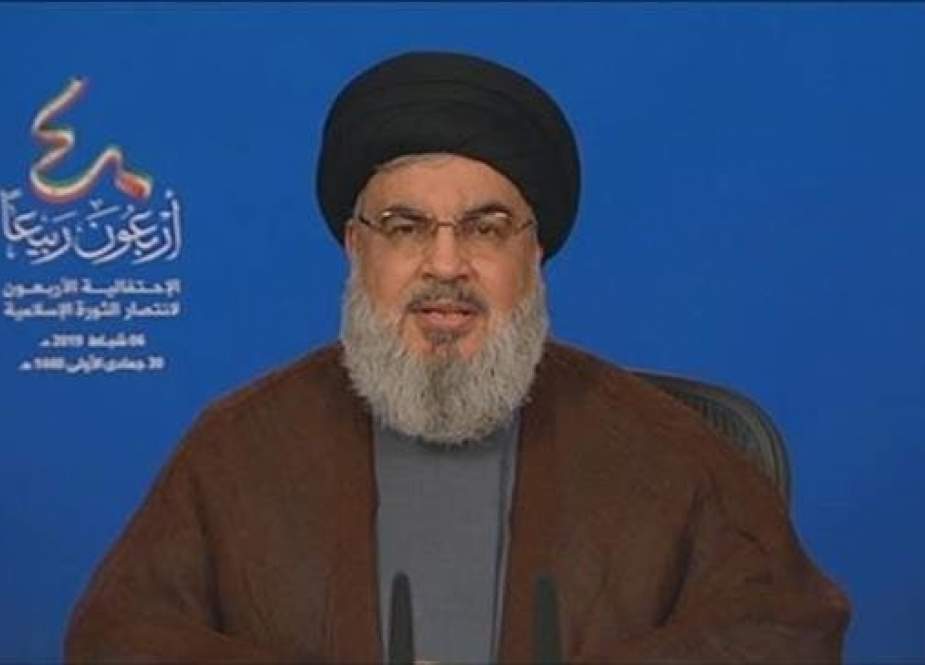