Story Code : 838463
Islam Times - The Food and Agriculture Organization of the United Nations (FAO), in collaboration with the World Food Program (WFP) and Iran’s Bureau of Aliens and Foreign Immigrants’ Affairs, has established a greenhouse in a settlement in Semnan Province, providing the Afghan refugees with new sustainable livelihoods opportunities, the United Nations Information Center (UNIC) in Tehran said in a press release on Tuesday.
FAO Programme Consultant Hooman Moezzi said that a group of 15 Afghan refugees has been selected to be empowered to manage the greenhouse independently, being advised and equipped with necessary agricultural skills by this initiative.

“Greenhouse cultivation will allow the refugees to have higher control on growth conditions and produce off-season products based on the periodic market demand,” Moezzi further said.

According to the last official government estimates, Iran hosts 951,142 Afghan refugees. Approximately 97% of these refugees live in urban and semi-urban areas, while the remaining 3% reside in 20 refugee settlements located throughout the Country.
Share It :
Related Stories 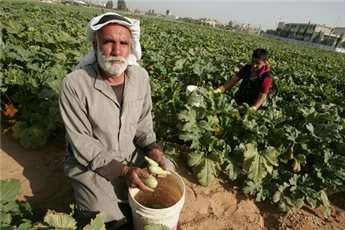