Anti-US Demonstration in Islamabad Condemn the Assassination of Gen Soleimani

Story Code : 839502
Islam Times - Thousands of Pakistani Muslims and supporters of resistance movement on Sunday held an anti-US demonstration in Islamabad to strongly condemn the assassination of Iran's IRGC Quds force commander Lieutenant General Qasem Soleimani and his companions in a US-targeted airstrike.
Addressing the protesters, the leaders of political and religious parties expressed sympathies with the government and people of Iran on the assassination of General Soleimani.

They said Pakistanis cannot forget that prior to US proxy war against USSR in Afghanistan, there was no Al-Qaida and Prior to the US invasion in Iraq, there was no Daesh which shows a link between these notorious terror outfits and US agencies.

They said we feel the pain of great Muslim nations of Iran and Iraq in the wake of brutal unlawful use of force in Iraq.

The rally was also attended by ladies and children and people from all walks of lives. The protesters chanted slogans against the US and the Zionist regime and torched their flags to express their anger.

The rally was scheduled to conclude at the US embassy in diplomatic enclave; however, the police stopped the peaceful marchers on their way.

He said Pakistani nation has strong reasons to condemn illegal US airstrikes in sovereign countries, especially the latest airstrikes in Iraq.

“Great nation of Pakistan may recall illegal US airstrikes that killed Pakistan army soldiers in Salala and other incidents,” he said.

He said that people of Pakistan are deeply saddened over the incident and offer their condolences to Supreme Leader of the Islamic Revolution Ayatollah Seyyed Ali Khamenei, families of the martyrs and the oppressed Muslims across the world and expressed their extreme hate towards the US.

Allama Raja Nasir Abbas Jafri went on to say: "We don’t hate American people but it is US administration that perpetrated crimes against other nations that made other people to just reaction.
Share It :
Related Stories 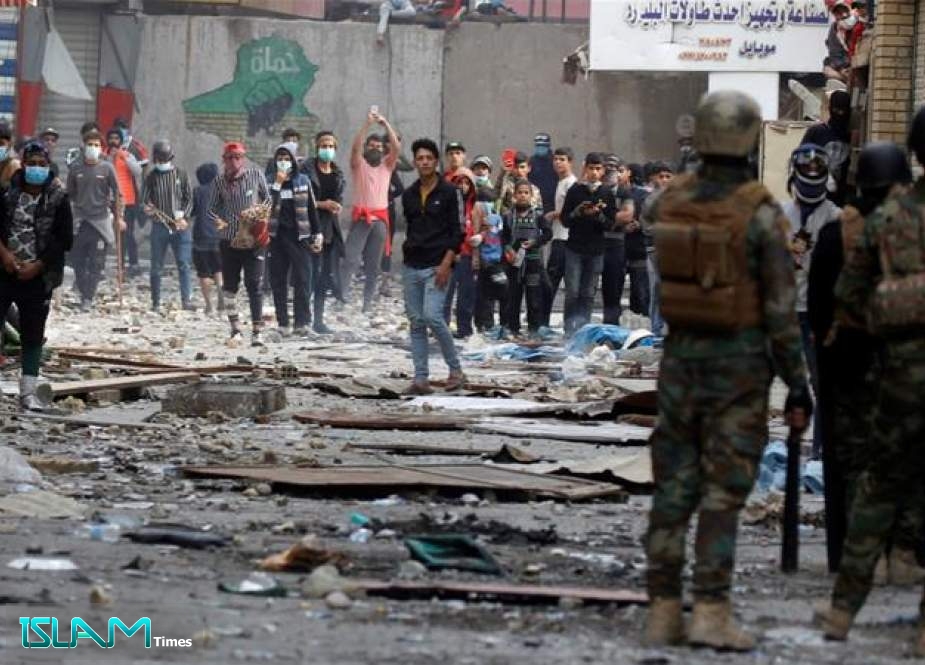 Anti-BDS resolution in US Congress shows Israel’s grip on US foreign policy: Analyst
Anti-Iran writer quoted by Trump turns out to be fake
Anti-Trump protests continue in UK; Corbyn to address crowds
Anti-Semitic assaults in US more than doubled in 2018
Anti-terror fight to continue until all terrorist groups defeated: Iran military chief
Anti-Maduro protester caught on camera setting US ‘aid’ truck on fire: NYT's footage
Comment
Self-Delusional America Can Only Beat Covid-19 if it Stops Blaming China and Faces Up to its Own Pandemic Mistakes
Saudi Expects up to 200,000 Coronavirus Cases within Weeks
The Savior Will Come to Spread Peace and Justice: Sayyed Nasrallah
Netanyahu Office: Ready for ‘Constructive Action’ to Bring Back Israelis Held by Hamas
From Macmillan to Johnson: UK Prime Ministers Who Have Faced a Health Crisis
Washington to Start 'Strategic Dialogue' With Iraq in June, Discuss US Military Presence - Pompeo
US Sanctions Should Not Prevent Humanitarian Aid to Iran: EU's Borrell
Turkish Occupation Forces and Its Mercenaries Attack Safe Villages of Hasaka
WHO Warns Coronavirus May Reignite If Restrictions Lifted Early
Global Death Toll from Coronavirus Tops 75,000
Turkish-backed Terrorists in Syria Demanding Ankara Pay their Salaries
India Bans All Exports of Trump’s ‘Game Changer’ Virus Drug
COVID-19: No Panic Buying in Iran, Shelves Are Full