Zarif Says Trump Pushed US & Iran 'Close to a War'

Story Code : 844661
Islam Times - Foreign Minister Mohammad Javad Zarif said Iran and the US came "very close" to a war following the US' assassination of Lt. Gen. Soleimani, slamming President Donald Trump for pursuing a misguided policy toward Iran.
Zarif made the remarks in an exclusive interview with NBC on Friday while in Germany for the Munich Security Conference.

"It's unfortunate that the United States, based on misinformation, based on ignorance and arrogance, combined on a course that has brought the region very close to the brink," Zarif said. "We were very close to a war."

Zarif added that Secretary of State Mike Pompeo had written an "extremely inappropriate letter to Iran" at the height of the crisis in January and that his government responded with a strongly worded reply.

Pompeo's letter contained "threats," Zarif said, but he said he would not repeat what was written as it was beneath him. "Let him say what he put in that letter."

The US terrorist forces assassinated General Soleimani, the former commander of the Quds Force of Iran’s Islamic Revolution Guards Corps (IRGC), along with Abu Mahdi al-Muhandis of Iraq’s Popular Mobilization Units (PMU) or Hashed al-Sha’abi counterterrorism fighting force, and their companions by targeting them near Baghdad International Airport on January 3.

The IRGC shortly unleashed volleys of ballistic missiles at the US’s Ain al-Assad airbase in Iraq’s Anbar Province, and another American outpost in the northern Iraqi Kurdistan Region.

Zarif told NBC that the missile assault was meant to send a message.

Later during the interview, Zarif regretted that Iran was being withheld the cooperation required to properly crack the black box of the Ukrainian passenger aircraft that was mistakenly downed by the IRGC outside Tehran five days after the US assassinations as the Islamic Republic was on the highest possible level of alert to further potential American acts of aggression. 167 passengers and nine crewmembers on board lost their lives in the tragedy.

There are still a lot of unknowns. That’s why we want to know more than anybody else what’s in the black box…to know what actually happened,” Zarif said.

“The black box is available to all the parties to this, [including] the United States as the country that manufactured the plane,” he stated. “We will not touch the black box without the presence of all interested parties,” he added. 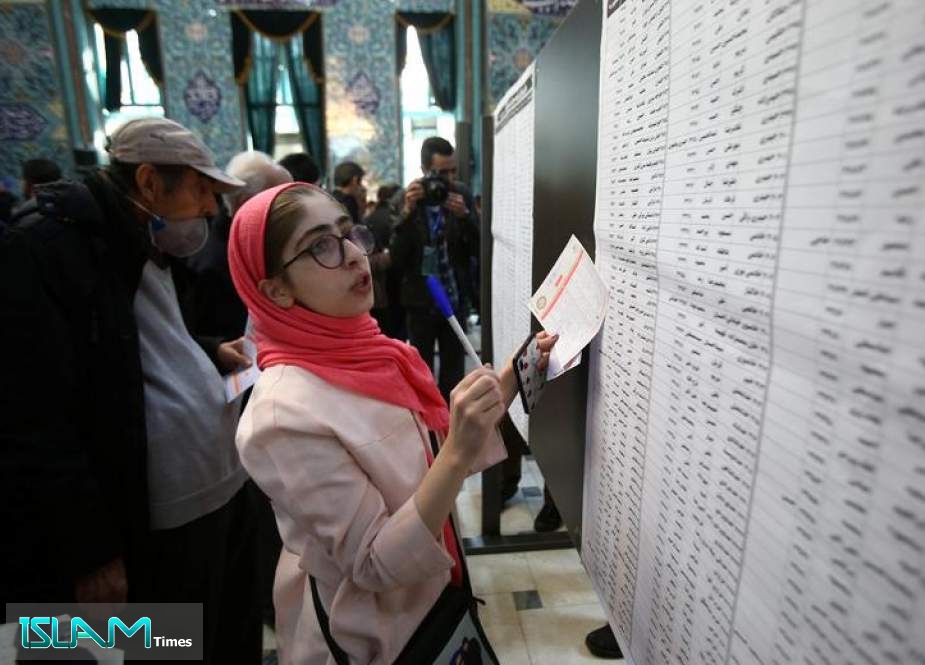 Process of Vote Counting in Iran is Underway and Final Results Could Be Announced by Sunday
Islam Times - The spokesman for Iran’s Election Headquarters said the process of vote counting is underway,...
‘No Shred of Evidence’: Iran Demands US Presents Proof of Saudi Oil Attacks Claim after UN Report Release
Trump’s Brink of War with Iran Spun on a Lie
Trump’s Brink of War with Iran Spun on a Lie
Eleven US Troops Injured in Iran Missile Response to Soleimani Assassination
Trump Administration Blocks Iran’s Top Diplomat From Addressing the U.N. Security Council
China Says Joint Drill with Iran, Russia Aimed at Securing Peace in Region
Shamkhani Warns Europe that Iran Will Take 5th JCPOA Step if Europe Fails to Fulfill Commitments
Comment
US Intel 'Plotted to Kidnap, Poison' Assange, Make It 'Look Like Accident', Court Hears
Why Does Imam Khamenei Believe the US Will Sink Like the Titanic?