Story Code : 845453
Islam Times - US Attorney General William Barr told people close to President Donald Trump on Tuesday that he considered resigning over the president's continued messages on Twitter about the Justice Department, according to an administration official.
However, a Justice Department spokeswoman said Tuesday night that "the attorney general has no plans to resign."

One official said Barr's statement of concern was as much a reflection of his thinking earlier in the day as it was an effort to persuade the president to cut down on his Twitter messages about legal matters, NBC News reported.

Before leaving the White House for California on Tuesday, Trump said he realized his tweets about the Justice Department make Barr's job harder. "I do agree with that," he said. "I think it's true."

In an ABC News interview last week, after directing a new filing recommending a less harsh prison sentence for former Trump campaign aide Roger Stone, Barr said he had "a problem" with some of the president's Twitter messages.

Early Tuesday, Trump was back on Twitter, repeating his criticism of former special counsel Robert Mueller's investigation and expressing his concern about US District Judge Amy Berman Jackson, who is scheduled to sentence Stone on Thursday.

But in his remarks before leaving for the West Coast, Trump said he had "total confidence" in Barr. "I think he's doing an excellent job. He's a strong guy."

The president also said, however, that social media gives him a voice he would not otherwise get through the news media.

He said he has chosen not to interfere with Justice Department decisions, but he added: "I'm allowed to be totally involved. I'm actually, I guess, the chief law enforcement officer of the country, but I've chosen not to be involved."

Barr was at the White House on Tuesday for what an administration official said was a previously scheduled lunch with White House counsel Pat Cipollone.
Share It :
Related Stories 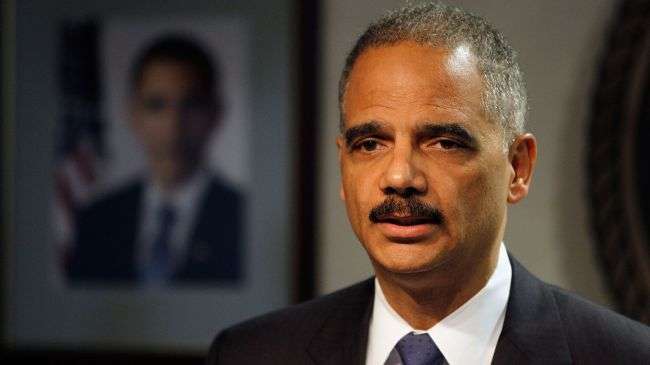 US Attorney General Holder not to be prosecuted for contempt charge
Islam Times - The US Justice Department has said that it would not prosecute Attorney General (AG) Eric Holder for contempt, after he refused to ...
US government defends plan to assassinate citizens abroad
Pressure grows on US Attorney General Barr over Russia report
Ferguson police created a 'toxic' environment: US attorney general
Cruz denies reports about replacing Sessions as new US attorney general
Comment
Sick West Goes Viral
US Violates Iraqi Sovereignty by Deploying Patriot Missiles
The American Dream

A light in the Darkness
Public Spaces Before and After Coronavirus

Iran’s MoD Mass Produces Test Kit Able to Detect COVID-19 in 3 Hours with 98% Accuracy
Saudi Arabia Defies US Pressures to End Oil Price War with Russia
New York City Offering Prisoners at Rikers Island $6 an Hour to Dig Mass Graves
US Continues to Block Transfer of Medicines to Iran: VP
It Is A Time Of Crisis And U.S. Foreign Policy Is Becoming Unhinged
Inside Italy, Country Hardest Hit by Coronavirus

The Coronavirus Is Not “The Plague”: It Is the U.S.
Featured Stories