Story Code : 865162
Islam Times - The US could carry out a live nuclear test within “months” should the president request it, a senior Pentagon official said, suggesting “geopolitical issues” – presumably referring to Moscow and Beijing – could prompt the order.
Though Washington has not altered its official stance on nuclear tests – which have been on pause for nearly three decades – that could change “rapidly,” the acting Deputy Assistant Secretary of Defense for Nuclear Matters Drew Walter told an online forum hosted by the Mitchell Institute for Aerospace Studies on Tuesday.

“If the president directed – because of a technical issue or a geopolitical issue – the system to go test, I think it would happen relatively rapidly,” Walter said.

"A very quick test with limited diagnostics [could occur] within months."

The comment follows last week’s report in the Washington Post about an “ongoing conversation” in the White House over whether to carry out the first US live nuclear test since 1992. One senior official told the paper that a test could send a message to Russia and China and serve as a bargaining chip in arms control talks – likely the “geopolitical issue” hinted at by Walter. Despite the decades-long moratorium, a bomb test would technically not be illegal under international law, as the US never bothered to ratify the Comprehensive Nuclear Test Ban treaty.

The New START treaty, a flagship nuclear arms control pact which limits the number of strategic nuclear weapons the US and Russia can deploy, is set to expire next year. Though Russia has signaled willingness to renew the agreement – even offering to place some of its newer weapons under its limitations – the US has dragged its feet, insisting on negotiating a new treaty that would include China. The lofty aim would dramatically complicate negotiations, however. Given that its arsenal is some ten times smaller than Washington’s, China is not eager to join the agreement, but the US has nonetheless kept up the demand.

Last week, the top US arms control envoy Marshall Billingslea rehashed the proposal, calling on Moscow to “bring China to the negotiating table.” While he warned against a “full-blown arms race,” Billingslea also vowed the US could spend any adversary “into oblivion,” deeming it a “tried and true” strategy. The threat came just hours after the US announced it would trash the Open Skies Treaty with Russia, a major confidence-building measure between the two countries – though that didn’t deter the envoy from arguing that Moscow couldn’t be trusted to uphold agreements.

Despite the public opposition to an “arms race” however, US officials and policies continue to push in the opposite direction. As the administration reportedly mulls a new bomb test, Washington has embarked on a $1.2 trillion nuclear modernization effort, while fielding its first batch of low-yield submarine-launched warheads in February.

Moreover, the 2018 Nuclear Posture Review significantly lowered the threshold for the use of the bomb, even suggesting a nuclear response over a cyber attack.
Share It :
Related Stories 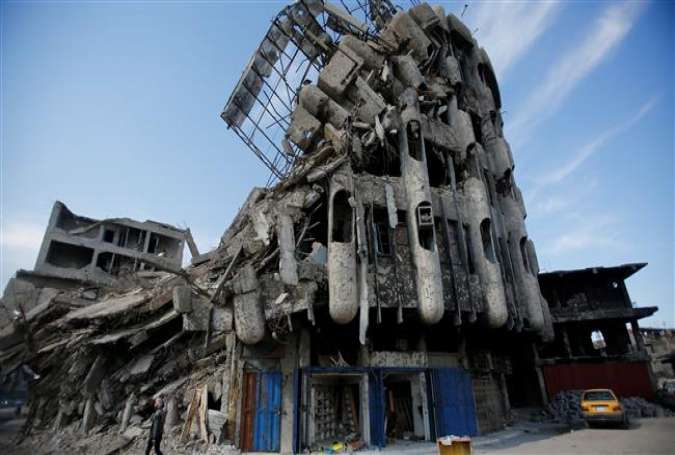