Story Code : 865429
Islam Times - Defense Minister of Iran Brigadier General Amir Hatami warned the Persian Gulf countries not to make the “strategic mistake” of allowing the US entry into the region, cautioning that insecurity in the Persian Gulf will make the whole regional states insecure.
Speaking to reporters on the sidelines of a visit to a naval factory of the Defense Ministry in Iran’s southern port city of Bandar Abbas on Friday, Brigadier General Hatami said Iran is doing its utmost to ensure security in the Persian Gulf and the Strait of Hormuz.

Security of the Persian Gulf is in the common interest of all regional countries, the general noted, adding, “The countries in this gulf’s region are responsible for ensuring and maintaining security, and the neighbors’ move to allow the US entry into the region is a strategic mistake.”

The minister also paid a visit to the industrial shops manufacturing two military vessels, a destroyer and a minesweeper.

He said the homegrown ‘Dena’ destroyer is a Mowj-class vessel that will be equipped with advanced systems and will soon join the Iranian Navy’s fleet.

The general further hailed the production of ‘Saba’ minesweeper as a glory of the Iranian military technicians in the naval combat sphere, saying the warship will begin to detect and counter the threat of naval mines in the regional waters.

General Hatami then reaffirmed that the Defense Ministry will fully support the naval industries to enable them to protect the country’s territorial waters in the international waters, the Sea of Oman, and the coasts of Makran.

“The Iranian Navy’s powerful presence is considered as a reliable support in the fight against terrorism in the seas,” the minister underscored.

Iran has frequently criticized the presence of foreign forces in the Persian Gulf, stressing that it disrupts security in the region and that only regional states are responsible for safeguarding the security in the body of water.

Leader of the Islamic Revolution Ayatollah Seyed Ali Khamenei has already underlined that the security of the Persian Gulf region comes within the purview of the regional countries alone. 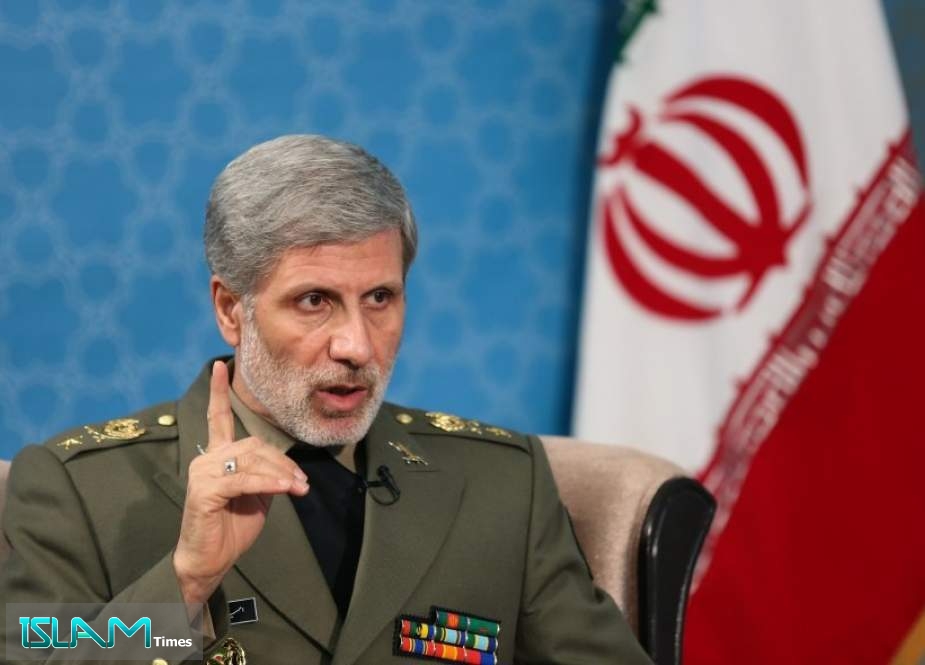