Story Code : 866942
Islam Times - Activists demanding democratic reform in the UAE have been imprisoned by the [Persian]Gulf state on charges of "strategic security threats" for years.
The UAE, a federation consisting of seven emirates, has been diversifying its economy with tourism, trade centers, and banks as well as its important oil revenues, according to Anadolu news agency.

Although the country has been trying to create a soft image for years, its oppressive policies are evident in Yemen and Libya. So is the treatment meted out to rights activists demanding reform, according to international human rights organizations and European Parliament reports.

Many people have been sentenced to long years in prison or forced to leave the country due to government’s pressures, Page said.

The UAE government has restricted all political activities of Al-Islah, a movement that aims to establish an elected assembly that directly represents UAE citizens.

The government discharged the board members of the Islah Movement in 1994 following their demands for political reform and appointed a new board.

Members of the movement who work in the media, academia, and healthcare sectors were dismissed.

Sheikh Sultan bin Kayed al-Qassimi, chairman of Al-Islah group, was arrested in March 2011 for signing a document to demand reforms in the political structure of the country.

Nearly 60 other members of the movement were taken into custody and imprisoned in the wake of the Arab Spring.

UAE officials have launched a smear campaign on the allegation that Islah group is affiliated with the Muslim Brotherhood and poses a "strategic security threat" for the country.

According to a report released by the European Parliament in November 2012, the Islah Movement, which makes legitimate demands of political reform in the country, is constantly accused by the UAE of being an organization with foreign support, an armed wing, and secret activities.

Abu Dhabi, which carries out an oppressive policy toward groups and civilians demanding reform in the country, especially after Arab Spring, indicted 94 activists who signed the "democratic reform" declaration in 2013.

The activists comprise students, academics, journalists, and teachers who were tried on charges of "attempting to overthrow the government" in January 2013, according to a report by UK-based International Campaign for Freedom in the United Arab Emirates (ICFUAE) platform.

A total of 69 activists were found guilty and sentenced from seven to 15 years in prison, the report said.

Some convicts have not been released yet, although they have completed their sentences, it added.

Al-Razin prison, where prisoners of conscience are arbitrarily held, is defined as "UAE's Guantanamo", according to the ICFUAE report.

The convicts in prison have been severely tortured and are not even allowed to perform Friday prayers -- congregational prayers performed by Muslims just afternoon, the report said.
Share It :
Related Stories 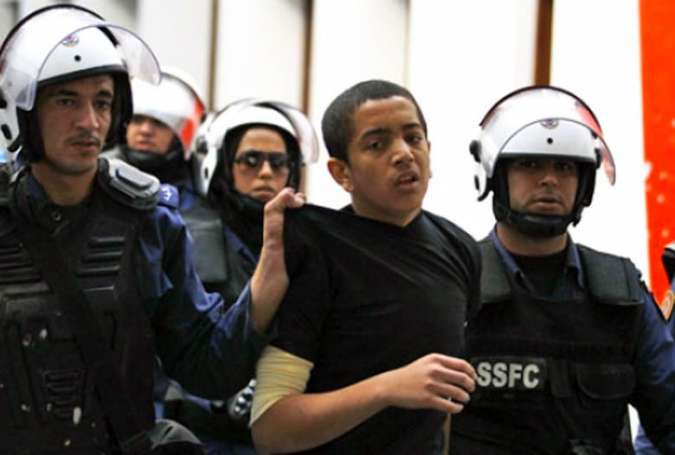