Story Code : 87010
Islam Times - Latvians have voted in favor of dissolving the country's parliament and holding fresh elections in an effort to curb the country's political corruption.
Islam Times reports from AFP: During a referendum on July 23, nearly 95 percent of Latvians said yes to the parliament's dismissal, which will unseat all 100 lawmakers making up the Saeima, the parliament of the Republic of Latvia.

The referendum will be followed through with fresh elections set in September.

This comes less than a year after newly-elected Latvian President Andris Berzins took office in June.

On May 28, former Latvian President Valdis Zatlers initiated the referendum under his constitutional power, accusing the lawmakers of corruption after the parliament failed to approve a search of residences under the control of lawmaker Ainars Slesers.

"I got fed up with living in a country ruled by lies, cynicism and greed," Zatlers said.

Zatlers had been heavily-favored to win the presidential re-election in June under a majority vote by members of the parliament, but lost after initiating the referendum.

According to Latvia's constitution, the president can call for the dismissal of the parliament, and a national referendum must be held on the issue.

Latvia became a member of the European Union (EU) in 2004, and is struggling to meet the conditions of a massive loan from the International Monetary Fund and the EU.
Share It :
Related Stories 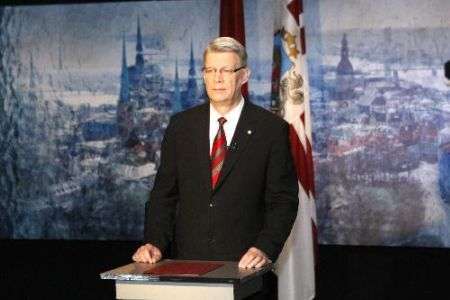