Story Code : 877640
Islam Times - Leader of the Islamic Revolution in Iran Ayatollah Sayyed Ali Khamenei described the US sanctions against Iran not as sabotage against the government but a crime against the nation.
Imam Khamenei is addressing the Iranian Muslim nation on the auspicious occasion on Friday.

He said though the US tries to make the belief that the sanctions are against the Islamic republic system in the country, the truth is that they target the nation.

The Supreme Leader went on to outline the objectives these sanctions pursue and said the engineers of these plots have many targets.

First and foremost, Imam Khamenei said, they seek to try the patience of the nation by overestimating difficulties and problems to make the public stand in the face of the government.

They have tried but failed several times, he said.

The Leader also said that the sanctions also aim at sabotaging Iran’s scientific progress and also cause the failure of the government in economic areas.

He said the sanctions want to push the Iranian government to a state of bankruptcy.

The enemies also seek the sub-target of undermining Iran’s ties with resistance groups across the region which they are surely fail in achieving this goal, Ayatollah Khamenei said.

He said the brave people of Iran have now to be fully alert that there is much animosity against the nation so they have to stand fully united and focused as before.

Imam Khamenei said enemies are working to hurt the nation and make it suffer so Iranians have to concentrate all efforts and energies to counter such plots.

He said planning and performing scientific research like in areas pertaining to controlling and containing the current coronavirus pandemic can serve this purpose of defeating enemies.

He congratulated believers to the Almighty and followers of the Abrahamic religions worldwide on the auspicious occasion of Aid al-Adha which glorifies man’s sacrifices for his Lord.

Outlining the meaning of the sacrifices made by holy prophets especially Abraham who embarked on offering his son to the Almighty but was given an option of killing a sheep, he said the month of Zilahajjah is a holy period which contains many religiously significant occasions.

He said his public meetings with the public from all walks of life in the past years were among his pleasures which have been canceled recently due to the COVID19 pandemic.

Referring to the Coronavirus outbreak as a plight that had contaminated the whole world, he hailed the efforts of medical staff in fighting the pandemic and said the nation has performed brilliantly in containing the outbreak.

The Leader also praised the outstanding work of Iranian healthcare personnel including doctors and said the public assistance to those who have suffered financial damage due to the COVID19 outbreak has been very brilliant and outstanding.

He urged all believers to continue with their efforts to provide assistance to the needy families while observing all necessary health protocols.

On Wednesday, the Supreme Leader issued a statement on Aid al-Adha which is one the most significant occasions in the Islamic calendar.

In the statement, he said that this year the season of Hajj, which has always been coupled with a feeling of dignity, greatness and blossoming in the world of Islam, has been afflicted with sorrow this year as believers are subjected to a harsh separation from it.

He further described Hajj as “a maneuver to show off one’s power in the face of the arrogant people who are the center of corruption, oppression, the destruction of the weak, and plunder. Today, the body and soul of the Islamic Ummah is covered with blood due to their oppression and their malevolence. Hajj is a manifestation of the hard and soft powers of the Islamic Ummah.”

Elsewhere in the statement, the Supreme Leader noted that “Today, liberalism and communism, which were considered 50, 100 years ago as the most prominent achievements of western civilization – have completely lost their glamour and their fatal flaws have become visible. The system built on the basis of the latter has collapsed and the system founded on the basis of the former is struggling with deep crises and is on the verge of downfall.”

He went on to point to “the behavior of the US towards weak nations is an extension of the behavior of the police officer who puts his knees on the neck of a defenseless person of color, pressing so long until he dies. The other western governments are also the manifestation of this disastrous situation, each within the scope of their power and resources,” and said “These are people who condone the survival of the usurping and oppressive Zionist regime and who extend their hand of friendship to them privately and openly. It is they to whom I am offering these words of advice and I warn them about the bitter consequences of this behavior.”

Imam Khamenei stressed that “We regard the presence of the US in West Asia as detrimental to regional nations and as a cause of insecurity, destruction, and backwardness for countries. As for the current events in the US – the anti-discriminatory and anti-racial movement – our definite position is to support the people and to condemn the despicable behavior of the racist government in that country.”
Share It :
Related Stories 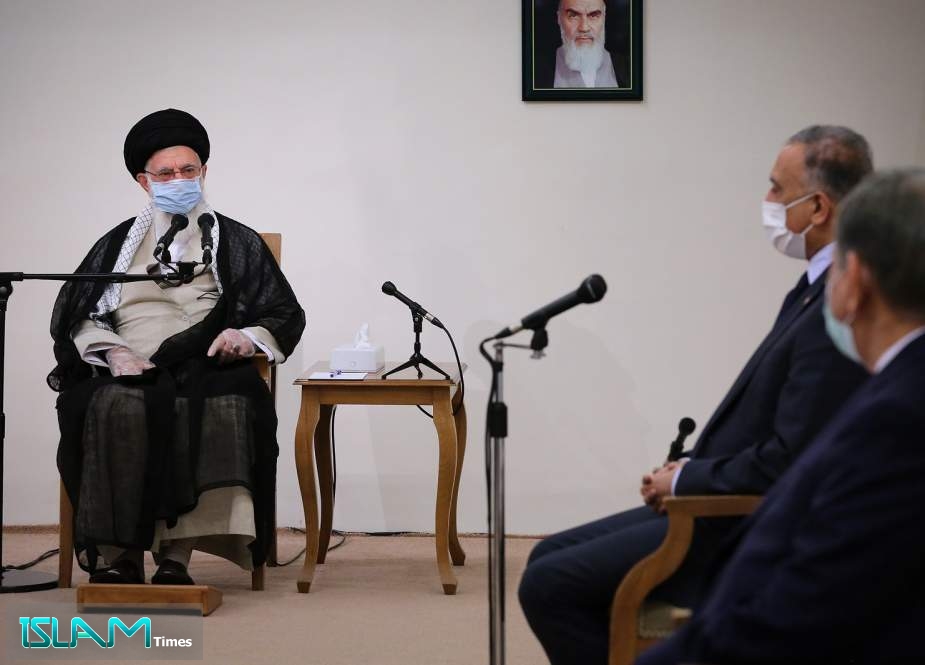