Story Code : 879147
Islam Times - Hundreds of German police officers faced off against protesters trying to stop the eviction Friday of a left-wing bar in Berlin that has been the focus of an anti-gentrification campaign.
Police detained 44 people after protesters erected barricades and set several fires in an unsuccessful bid to stop bailiffs from entering the Syndikat bar in the German capital's Neukoelln district, AP reported.

A rally opposing the eviction last Saturday turned violent, with police and protesters clashing after officers were pelted with stones and fireworks.

The Syndikat bar, which opened 35 years ago when Neukoelln was a largely working-class area, has become a symbol for activists who say rents in Berlin are becoming unaffordable.

Berlin's state government recently ordered a five-year rent freeze on 1.5 million apartments. A campaign is underway to have the state buy up properties owned by large landlords.

The protests on Friday were largely peaceful. Many residents banged pots and pans in solidarity with the collective that operated the bar.

The property in which the bar is located belongs to a company linked to the London-based Pears family, which operates a global real estate empire.
Share It :
Related Stories 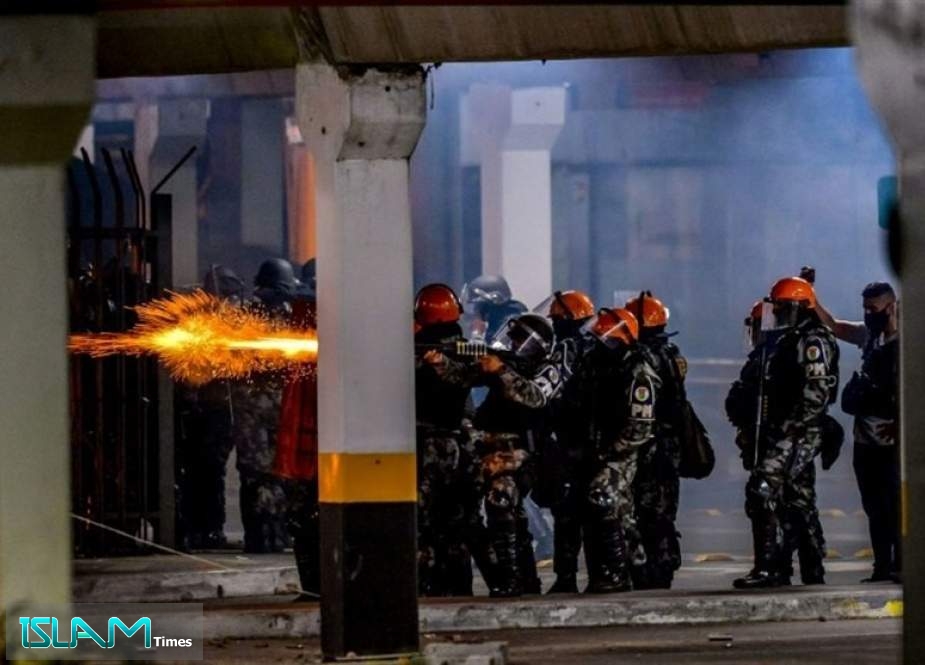 Protests in Brazil after Security Guards Beat Black Man to Death
Islam Times - The death of a black man beaten by white security guards at a supermarket sparked protests across Brazil Friday as the country celebrated ...
Protests Held against Netanyahu in Jerusalem Al-Quds
Protests against Netanyahu Continue As Coronavirus Infections Spike
Protests against Police Brutality Ignite in Mexico
Protests across America after Minneapolis Police Killing

Protests in Minneapolis after Unarmed Black Man Dies in Custody

Protests in Indonesia over the Killing of Muslims in India