Story Code : 881758
Islam Times - Hezbollah Deputy Secretary General Sheikh Naim Qassem stressed Friday that all the accusations made by some political parties against the party of being behind Beirut port blast proved to be futile, adding that all that propaganda failed to undermine the Resistance power.
Delivering a speech during Hezbollah televised ceremony to mark the second Ashura Night, Sheikh Qassem said that all the claims that Hezbollah had stored munitions in the port warehouses, possessed the big amounts of ammonium nitrate which exploded, or knew about their presence before the blast were refuted.

“Some political parties set a hypothesis based on accusing Hezbollah of being behind Beirut blast and started searching for pieces of evidence to prove it.”

Hezbollah will not resort to fabricating slanders in face of the opponents’ lies, according to Sheikh Qassem who urged the Resistance supporters to stick to patience in face of their provocations.

Sheikh Qassem stressed that Hezbollah will not be affected by that propaganda, confirming that the Resistance military units will always be ready to confront the Zionist aggression and liberate the Israeli-held territories.

Sheikh Qassem also underscored that Hezbollah supports creating a new government that is capable of rebuilding Beirut, carrying out the needed reforms and having a wide popular representation.
Share It :
Related Stories 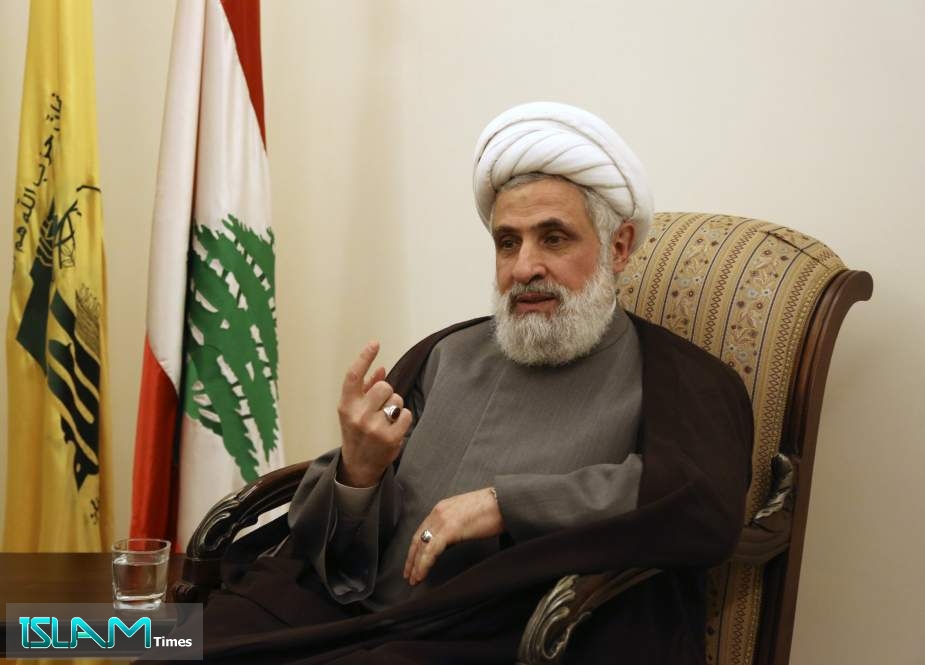