Story Code : 886151
Islam Times - Head of the Atomic Energy Organization of Iran (AEOI) Ali Akbar Salehi said enrichment of uranium is underway at the country’s Fordow nuclear facility with 1,044 centrifuge machines.
In remarks on Sunday, Salehi described the enrichment activities as evidence to the fact that the country has taken in full the fourth step it had promised to reduce its commitments to the 2015 nuclear deal.

He made the comments in reaction to recent statements by a number of Iranian parliamentarians who claimed that the administration of President Hassan Rouhani has failed to complete the fourth step it had promised to take to reduce the country’s commitments as per the JCPOA.

“The policies related to the fourth step for the reduction of JCPOA commitments have been fully implemented by the Islamic Republic of Iran and we have activated a new wing of Fordow (nuclear facility),” Salehi added, Press TV reported.

“Based on the policies adopted to reduce JCPOA commitments, 1,044 centrifuges are doing enrichment (work) at Fordow. Therefore, as the executor of these polices, we have totally fulfilled our duty,” the Iranian nuclear chief said.

Under the nuclear deal, Iran had undertaken that these 1,044 centrifuge machines would not enrich uranium, but in line with the policies to reduce JCPOA commitments, the country is now enriching uranium to the amount it requires, and it will stockpile the enriched materials, Salehi noted.

He emphasized that Iran has been faced with a political challenge posed by the global arrogance since the victory of the Islamic Revolution in 1979, which gradually turned to a nuclear challenge, saying, “We finally succeeded in isolating the US in this challenge and this is a very valuable achievement for the Islamic Republic of Iran.”
Share It :
Related Stories 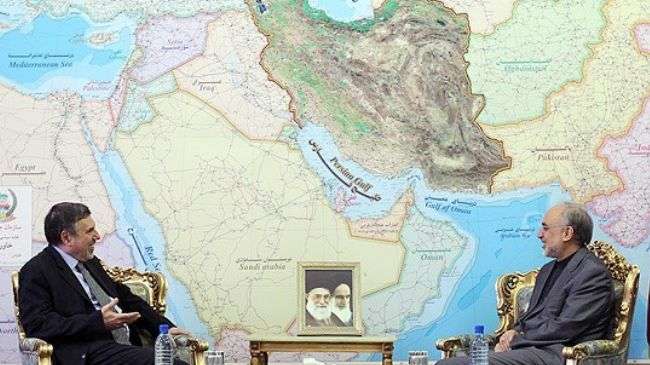