Story Code : 886180
Islam Times - Tehran has categorically dismissed the rumors by American media about the Islamic Republic’s plan to “carry out an assassination plot” as revenge for the assassination of its top General Qassem Suleimani.
Foreign Ministry Spokesman Saeed Khatibzadeh deplored such unfounded claims, saying, “We suggest that the Americans prevent worn-out tricks to create propaganda against the Islamic Republic of Iran.”

He noted that “such baseless claims are part of the Trump administration’s counter-intelligence campaign against Iran.”

“The US regime’s reliance on anti-Iranian accusations and lies in on the threshold of the presidential election, and at the same, its bullying to the UN Security Council to increase pressure on the Iranian people, was predictable,” the spokesman was quoted by Mehr news agency as saying.

Khatibzadeh stressed, “The recent claim, which is likely to continue in the future, will certainly be ineffective and will add to Washington’s long list of failures against the Islamic Republic of Iran.”

He reiterated Iran’s “continued adherence to the principles and customs of international diplomacy, as a responsible member of the international community.”

The spokesman noted that it is, in fact, the United States and the current regime in the White House, that has violated numerous internationally-accepted agreements and norms in recent years.

“Such violations include undermining the territorial integrity of other countries, withdrawal from international agreements, and dozens of assassination plots and military interventions and espionages, including the cowardly assassination of General Suleimani,” Khatibzadeh added.

He underlined that the Islamic Republic of Iran, as it has repeatedly stated, “will continue the pursuit of the cowardly assassination of General Suleimani at all legal international levels and will neither forgive nor forget this terrorist act.”

An American media outlet has claimed Iran is weighing the possibility of carrying out an assassination plot as revenge for the assassination of its anti-terror commander, Lieutenant General Qassem Suleimani.

General Soleimani, the commander of the Quds Force of Iran’s Islamic Revolution Guards Corps (IRGC), and Abu Mahdi al-Muhandis, the second-in-command of Iraq’s Popular Mobilization Units (PMU), were martyred in US airstrike at Baghdad’s international airport on January 3.
Share It :
Related Stories 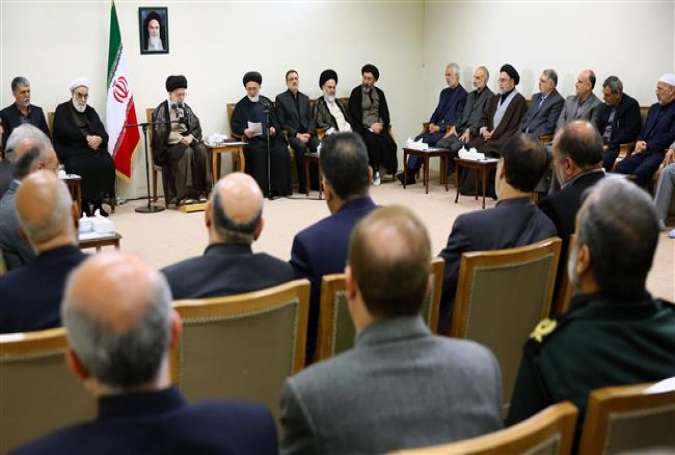