Story Code : 891734
Islam Times - Afghan military forces have carried out an attack on a group of Taliban terrorists in Helmand, killing scores of them and arresting the group’s local governor days after an escalation of fighting in the southern province.
In an operation, involving air force commandos, “71 Taliban” terrorists were killed in Nawa and Nahr-e-Saraj districts on Monday, a spokesman for the Ministry of Interior, Tariq Arian told TOLO News.

Arian did not provide information on possible Afghan casualties.

The fighting also resulted in the destruction of a power substation, leaving Kandahar and Helmand with power cuts.

Heavy clashes erupted between Afghan security forces and the Taliban over the weekend on the outskirts of Lashkargah, prompting local residents of the Nad-e-Ali District to seek refuge in the provincial capital Lashkargah.

The fighting resulted in the fall of city police district to the terrorists.

Some parts of a highway that connects Lashkargah to Kandahar Province also fell to the Taliban, according to the head of Helmand's provincial council, Ataullah Afghan.

The highway has remained closed to traffic since then.

At least eleven security forces were killed in the fighting on Thursday.

The bloodshed comes as the two sides are engaged in intra-Afghan talks in the Qatari capital Doha in an effort to end nearly two decades of war in the country.

The US invaded Afghanistan and toppled a Taliban regime in 2001.
Share It :
Tagged
Afghanistan
Related Stories 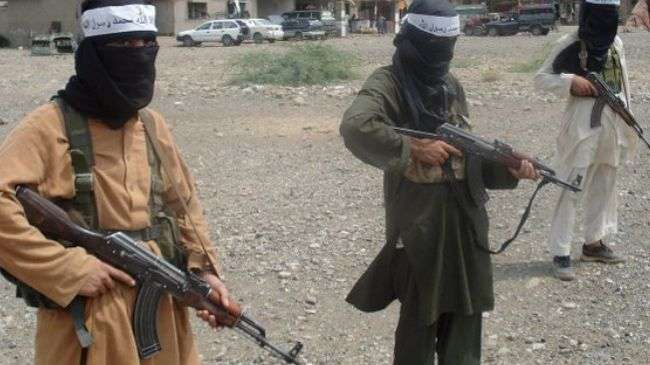