Story Code : 892311
Islam Times - Secret recordings of a militant neo-Nazi organization called The Base reveal that the group is recruiting people with military expertise in the US and Canada to train in military operations and prepare to take advantage of what they believe is impending societal collapse.
The audio recordings are from calls between the leader of The Base and more than 100 prospective recruits using the encrypted app Wire, NBC News reported.

The Southern Poverty Law Center, or SPLC, which monitors hate groups, says that it obtained more than 80 hours of audio recorded starting in November 2018 and that the recordings are featured in a new three-part podcast titled "Baseless" that is being released as part of the SPLC's "Sounds Like Hate" podcast series.

According to the SPLC, a confidential source provided the recordings to the organization unsolicited, and it confirmed their authenticity with subject matter experts.

The SPLC adds the audio does not appear to have been edited.

Twenty percent of the prospective recruits who were recorded stated they were active-duty military or had served in the military in some capacity, according to documentary filmmaker Jamila Paksima, a co-host of the podcast.

The leader of The Base, Rinaldo Nazzaro, who was born in the US, runs his operation out of his apartment in St. Petersburg, Russia, which he discusses in the recordings.

Mollie Saltskog, senior intelligence analyst at The Soufan Group, an international security consultancy, said, "Extremely lethal and dangerous operations that believe in an impending race war like The Base or Atomwaffen make a concerted effort to recruit people with military experience. Having these types of people in these types of organizations increases their operational capabilities to commit acts of terrorism."

Saltskog added reports that Nazzaro is based in Russia "raise flags about the potential for foreign influence on these white supremacist organizations operating on American soil".

Nazzaro formerly was known only by his online aliases, Norman Spear and Roman Wolf, until The Guardian revealed his identity in January.

The Guardian and the BBC used photos and property records to show the links between Nazzaro and the Spear alias. The Guardian, for example, found tax affidavits signed by Nazzaro for a property in Washington state linked to Spear and owned by a company called Base Global. It also matched images of Spear with photos of Nazzaro posted on social media by his wife. The BBC, meanwhile, traced Nazzaro and his Russian-born wife to a St. Petersburg apartment that was purchased in her name.

"We are survivalism, a self-defense network," Nazzaro said in one of the recordings, adding, "Our mission's very, very simple. It is training and networking, preparing for collapse. We want to be in a position where we're ready, we're prepared enough, ready enough that we can take advantage of whatever chaos, power vacuum, that might emerge. We want to try and fill that power vacuum and take advantage of the chaos."

The Justice Department calls The Base a "violent extremist group". Members of The Base in the US have been arrested on charges of possession of weapons, vandalism and conspiracy to commit murder.

"They hate Jews and African Americans. Their goal is to use terrorism to start a race war and collapse the United States. Triggering societal collapse may be a sick fantasy, but the reality is that domestic terror has claimed more lives than international terror since 9/11," Rep. Jackie Speier, D-Calif., announced in a House hearing on incidents of white supremacy in the military this year.

Many of the conversations document recruitment interviews Nazzaro conducted with potential members of the group. The SPLC says it used machine learning to find patterns in what was discussed. There are recurring themes of violence and munitions, but there are also pervasive undertones of avoiding attention from the media and law enforcement.

"A lot of our guys, we have just a pure hatred for modern civilization and industrialization," stated "the Ecologist", the alias for a 20-year-old potential recruit, adding, "We wish to liberate ourselves, our fellow whites and animals from that system."

When Nazzaro asked how, he answered, "Through economic sabotage such as bombings, arson."

"Growing up in California, I was surrounded by mostly, like, Filipinos, Asians, Mexicans, Blacks and just watching how they behave ... and watching, like, I don't know, occasionally, like, white women intermingle with them," he said, adding, "It just disgusted me."

Others bragged about the weapons they own.

"In terms of firearms, I recently purchased one of my own," another potential recruit said, adding, "I have an AR-15. I practiced with it for a few weekends."

According to the SPLC, Nazzaro organized The Base "not as a hierarchical membership organization, but as a network of small, underground cells, each with a high degree of autonomy".

Nazzaro stated on one of the recordings, "What people decide to do outside The Base with that training and contacts they make is their business. We don't really need to know about it. I mean, sure, it's kind of better that we don't for everyone's sake and for everyone's success." 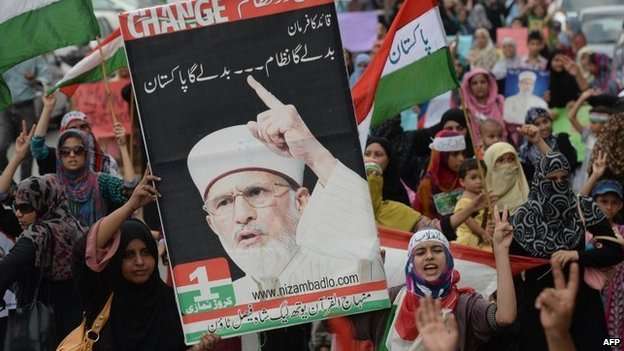