Story Code : 892717
Islam Times - The Emirati Minister of Tolerance has been accused of "serious sexual assault" by the organizer of the Hay literary festival in Abu Dhabi.
Caitlin McNamara said she was attacked by Sheikh Nahyan Mubarak Al Nahyan, 69, on Valentine's Day earlier this year, Daily Mail reported.

McNamara, 32, who was in Abu Dhabi working on the launch of the festival in the city, has now been interviewed by Scotland Yard.

She has waived her right to anonymity and, in an interview with The Sunday Times, spoken publicly about the alleged assault.

The sheikh - who is a member of Abu Dhabi's ruling family and likes to be known as the 'Sheikh of Hearts' - denies any wrongdoing, and stated over the weekend that he was "surprised and saddened" by the claims made by McNamara.

On Saturday, the directors of the Hay festival pledged never to return to the UAE while the Sheikh remains in his post as the Minister of Tolerance in the United Arab Emirates cabinet.

Nahyan has previously hosted both Boris Johnson when he was mayor of London and also former UK Prime Minister Tony Blair.

According to The Business Insider, it controls a sovereign wealth fund with assets estimated to be worth £640bln, including Manchester City football team.

In 2013, Nahyan, who was educated in the UK and attended Oxford University, welcomed Johnson to Abu Dhabi when he came to the country as part of a trade mission.

At the time, the sheikh was Minister of Culture and Youth. In the same role, he also hosted Blair when he attended the opening of the UAE's global education and skills forum.

He and Blair were previously photographed together at the Volvo Ocean Race in Abu Dhabi.

After he left office, Blair worked as a consultant for UAE's sovereign wealth fund.

McNamara had spent almost six months working at the Sheikh's ministry after being hired by the Hay festival to organise its first event in the UAE.

On the morning of the alleged assault, which was Valentines Day, she told The Sunday Times that she received a phone call from the Sheikh inviting her to dinner, saying she had never spoken to him on the phone before then.

"After six months there I was used to being summoned to meetings at all times of day," she told the newspaper, adding, "And no one said no to Nahyan — he was like a god."

From the car which was taking her to meet Nahyan, McNamara texted Peter Florence, the head of the Hay Festival.

She described how she felt like she had been "called to the headmaster's office for disrupting class", before joking that Florence should "send help" if she did not return in 24 hours.

Despite the joky tone, McNamara added she felt uncomfortable and so turned on her Whatsapp tracker, enabling others to follow her location.

Her disquiet grew when, instead of heading to the royal palace, she stated the car that picked her up drove in the opposite direction and started going away from the city, with the driver not telling her where they were driving to.

McNamara said that she was taken across a bridge to a small island that she believes to be the exclusive Al Gurm resort, where many of the Emirati royals own properties, and then to the Sheikh's house.

There, she was taken inside where she met the Sheikh, who she noted was very friendly towards her, greeting her with a hug and producing a £3,500 watch with gold and diamonds.

They were also drinking wine, she added, which surprised her because it is prohibited in the country.

After trying to keep the conversation professional, talking about a poet - which irritated the Sheikh - McNamara then claims that he started touching her.

"It was creepy," she said, adding, "He was on the sofa next to me and began touching my arm and feet and I was pulling away, then he got forceful... Suddenly, it clicked why I was there. I felt so naive."

At that point, McNamara stated her situation dawned on her, and she began thinking of ways she could escape from the home and the island without offending him by making him think she was rejecting him.

After she tried to find excuses to leave, McNamara said the Sheikh instead took her on a tour of the house, at one point "grabbing her face and kissing her", and when inside a gold elevator, she claims he assaulted her again.

"We got in a gold lift where he pushed me against the wall and began rubbing my breasts in a weird way like windscreen wipers," she claimed.

"He pulled up his kandora and was naked under, and got on top of me. I pulled my dress down but he put his hands up my dress and his fingers inside of me," she continued.

Nahyan has denied the allegations.

Eventually, McNamara told The Times that she was able to get downstairs, out the door and into a car away from the island, and the following morning took a two-hour taxi to Dubai.

In text exchanges with Florence after the alleged incident, she told him that Nahyan had kissed her and that she needed to "get out of here". Florence told her to "come home immediately".

In the days that followed, she claims that the Sheikh tried to call her multiple times and also texted her.

One alleged text, which is visible in a screenshot, reads, "Good morning my dearest darling I all is going as plan have a wonderful day don’t stress yourself looking forward to see you soon miss you take care LoL."

On February 25, the festival opened as planned, and on March 5, she flew back to London as the coronavirus pandemic started to gather pace.

"What he had done affected everything," she said, telling The Sunday Times that she has since split up with her long-term boyfriend, lost her job and feels she could never return to the UAE.

During lockdown, she reached out to Philippe Sands - renowned writer and human rights barrister - who put her in touch with Baroness Helena Kennedy QC, a leading voice on women’s rights.

"For a man who is a leading minister of his nation to grossly violate a women who is there to organise a major cultural event is criminal," Kennedy told The Times, adding, "The UAE should sack him immediately but I suspect that will not happen. His family owns the country."

As soon as lockdown ended, McNamara contacted to the police, giving them a three hour interview at the Family Unit in Stratford, East London.

Following the interview, the police took her security concerns so seriously they fitted panic alarms in her flat.

The Sunday Times reached out to the Sheikh and his representatives for a response to the allegations but he did no directly respond, the newspaper reported, but it did receive a response from a London libel lawyers Schillings with a statement.

"Our client is surprised and saddened by this allegation, which arrives eight months after the alleged incident and via a national newspaper," it said, adding, "The account is denied."

Caroline Michel, chair of the Hay board, told The Sunday Times on Saturday night that the alleged assault was "an appalling violation and a hideous abuse of trust and position." 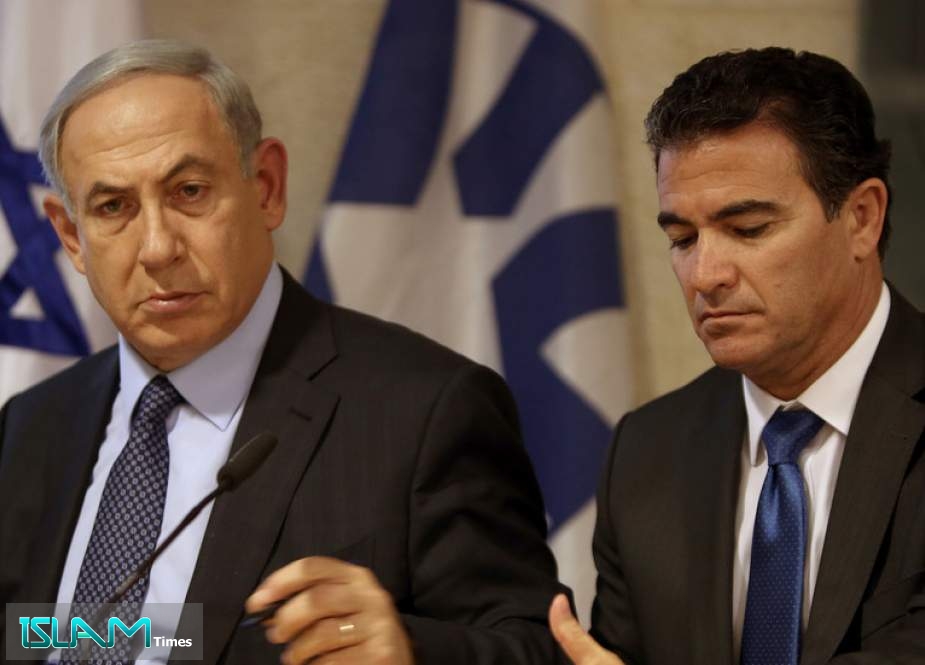