US Lawmakers Push to Send Bunker-Busting Bombs to “Israel”

Story Code : 894668
Islam Times - A pair of lawmakers is readying legislation that would pave the way for the US to provide the “Israeli” entity with bunker-busting bombs that could strike Iran's “underground” nuclear facilities.
The legislation, offered by Reps. Josh Gottheimer [D-N.J.] and Brian Mast [R-Fla.], would make it possible to transfer the 30,000-pound Massive Ordnance Penetrator to the “Israeli” entity as a defense against Iran if Tehran pursues nuclear weapons.

Gottheimer, on a conference call with reporters Tuesday, said the legislation would "shore up ‘Israel's’ qualitative military edge" in the Middle East.

The bill would require the Pentagon to consult with the “Israeli” enttiy and report to Congress on its ability to deter "a full range of threats" including whether the US providing bunker-buster munitions would advance US and “Israeli” security.

"There should be absolutely no doubt that our ally ‘Israel’ must be prepared for every contingency if Iran seeks ... a nuclear weapon," Gottheimer said.

The move from Gottheimer and Mast comes as lawmakers in both parties have expressed concern over the potential sale of F-35 fighters to the United Arab Emirates, which agreed to establish diplomatic relations with the “Israeli” entity last month. Lawmakers have sought to pump the brakes on a deal for the advanced fighter out of concern it would undermine a US guarantee that the entity possesses the best military hardware in the Middle East.

But the “Israeli” entity has since agreed to permit the US to sell "certain weapons" to the UAE – likely opening the door to an F-35 sale – after US Secretary of War Mark Esper and “Israeli” War Minister Benny Gantz struck a deal last week to permit weapons transfers to proceed in exchange for a US commitment that the entity would be able to upgrade its own capabilities.

Whether to outfit the “Israeli” entity with the bunker-buster bombs has been a subject of debate in recent years.
Share It :
Related Stories 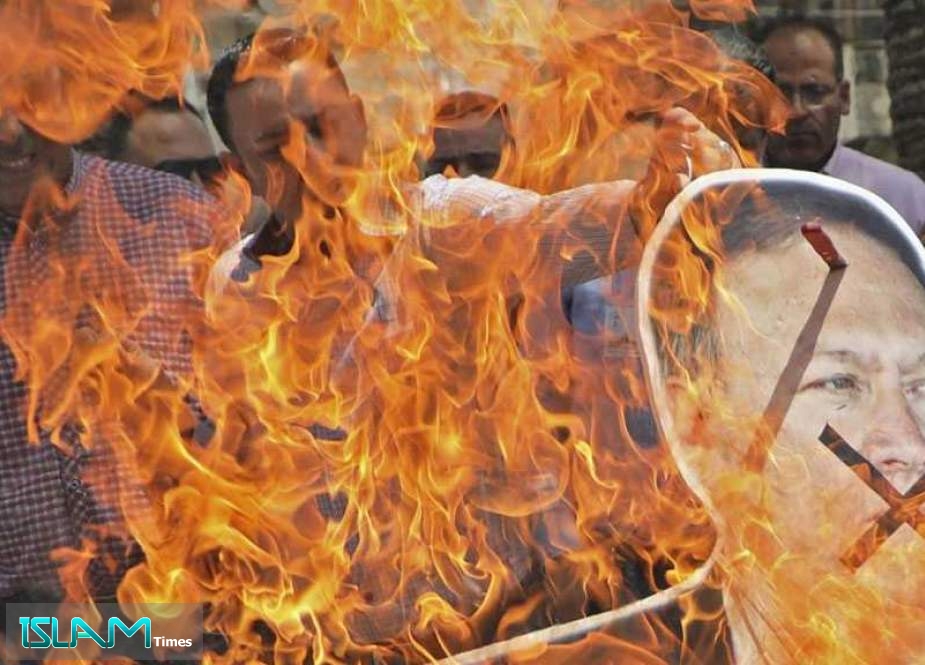