Story Code : 895055
Islam Times - The “Israeli” Occupation Forces [IOF] announced on that the end of its "Deadly Arrow" multi-day drill.
IOF Maj. Gen. Gershon Hacohen said that the military drill was "a message to everyone who tries to deny the perceived threat posed by Hezbollah, and to those who speak of the movement as a simple terrorist threat”.

Gen. Hacohen confirmed in an exclusive interview with the “Israeli” “i24NEWS” news outlet that "Hezbollah poses a tangible threat to ‘Israel’. It has more than 100,000 rockets, and threatens our ‘civilian’ population”.

The IOF general – who was the deputy director of the drill that began on Sunday – spent the current week observing war exercises that simulate a conflict in the occupied northern territories.

One of the biggest challenges that faced the drill went was ensuring the safety of troops in light of the coronavirus pandemic, despite concerns about the expected absence due to fears of the virus spreading among soldiers.

Gen. Hacohen explained, “The proximity of settlements to the Lebanese borders, such as Metula and Shlomi, means that attack is the best means of defense,” adding: “The ‘Israeli’ army, as usual, is training in offensive operations”.

He pointed out that “modern warfare requires a high level of coordination, which includes crucial technology”, comparing the military's tactical cooperation to a musical concert.

As for “Israeli” Minister of War Benny Gantz, while supervising the “Deadly Arrow” drill, which aims to prepare the IOF for a possible operation by Hezbollah, said, “I hear positive voices coming from Lebanon and even talking about ‘peace’ with ‘Israel’”. However, he warned that “If Hezbollah takes action agains ‘Israel’, Lebanon will pay the price. We are ready for this moment, which I hope will never come”.
Share It :
Related Stories 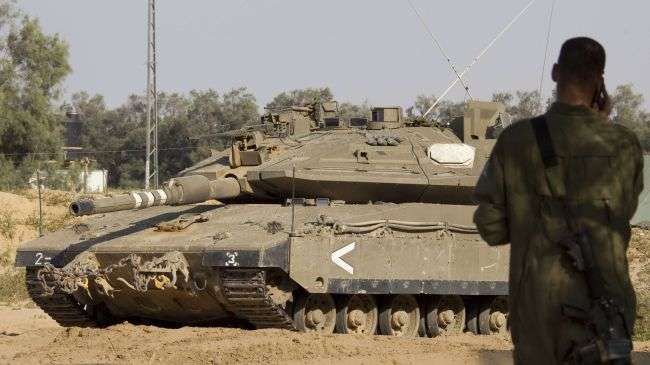