Story Code : 909681
Islam Times - The US has sent an invitation to Russia to attend the inauguration of US President-elect Joe Biden scheduled for January 20, the Russian Embassy in Washington, DC, confirmed in a statement on Tuesday.
"We have received the invitation. Ambassador (of Russia in the US Anatoly Antonov) is expected to take part (in the inauguration ceremony)," the diplomatic mission told TASS.

Kremlin Spokesman Dmitry Peskov admitted in November 2020 that Ambassador Antonov could attend the inauguration ceremony of the new US President.

However, the participation of foreign countries' representatives at this event is not stipulated, he noted, Indo-Asian News Service reported.

For the first time since the US presidential elections took place on November 3, 2020, Russian President Vladimir Putin sent a telegram to Biden congratulating the latter on his victory.

The congratulatory message came after Biden won the US Electoral College vote that officially determines the presidency.

When Biden was projected to win the election, Russia had said that it was "proper to wait for the official results" referring to certification of the outcome by the Electoral College.
Share It :
Related Stories 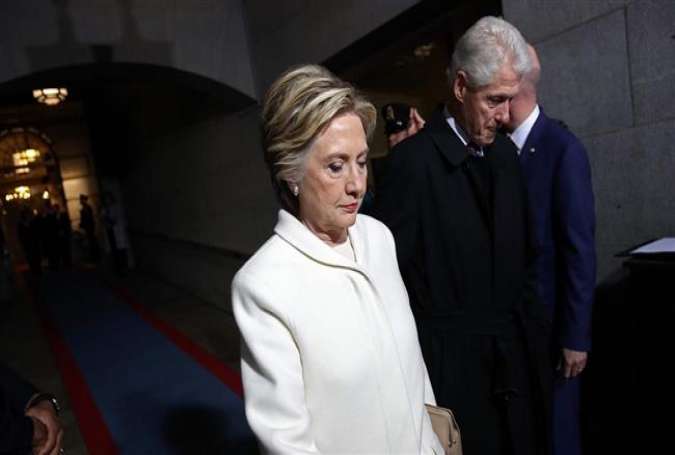 Comment
Azerbaijan Says Lost 2,855 Troops in Nagorno-Karabakh War
Guatemala Returns Thousands of Asylum Seekers to Honduras
China Dismisses Pompeo Uighur Genocide Claim as Outrageous Lies
COVID-19 Spreading Among Palestinian Inmates in “Israeli” Prison, Cases Rise to 15
Biden’s Secretary of State: US to Seek ’Longer & Stronger’ Deal with Iran
Pelosi Accuses Trump of Being ’An Accessory’ To Murder Over January 6th Capitol Violence
US and Zionist Regime are Behind the Denial of Justice that is Being Done to Sheikh Zakzaki and the Islamic Movement
Sheikh Zakzaki Speaks against Every Injustice That is Done by Anyone against Humanity
UC Merced Professor Laid Off for Posting Anti-’Israel’ Tweets
Biden Will Recognize Guaido as Venezuela’s Leader
Russia: Iran Pioneer in Fight against Terrorism
‘As If It Was Baghdad’: US Secret Service Creates Fortified ‘Capitol Green Zone’ Ahead of Inauguration
Is “Israel” Ignoring the Biggest Strategic Threat It Faces?
Trump Confidante Seen at White House With Notes Appearing to Call for ‘Martial Law’
My Uncle ‘Enjoyed Every Second’ of Capitol Riot: Mary Trump
US Withdraws Last Troops from Somalia
‘Hezbollah Boosted Missile Power as Israel Intensified Aggression in Syria’
Hamas: US Decision to Include ‘Israel’ in CENTCOM “Fruit of Recent Normalization Deals”
Qatar Calls on Persian Gulf states to Engage in Talks with Iran
Two Female Supreme Court Judges Assassinated in Kabul
Featured Stories