Story Code : 910346
Islam Times - Saudi warplanes have bombed the Yemeni capital's airport and about 20 other targets across the country in a fresh escalation of the regime's war on the impoverished nation.
The Arabic-language al-Masirah television network reported that the warplanes hit Sana’a International Airport twice overnight. There were no immediate reports of casualties and the extent of damage.

The Saudi-led coalition also targeted 12 locations in the Jabal Murad district of the central Yemeni province of Ma’rib.

Saudi-led warplanes further bombarded four sites in the al-Dhaher district of the northwestern mountainous province of Sa’ada, besides an area in the Kitaf wa al-Boqe'e district of the same province. No reports of casualties and damage were quickly available.

Harf Sufyan district of the western province of ‘Amran was also bombarded, but no casualties were immediately reported.

Meanwhile, spokesman for Yemen's popular Ansarullah movement, Mohammed Abdul-Salam, has called on member states of the Saudi-led alliance to promptly end their military onslaught and siege of Yemen.

Abdul-Salam said in a post published on his Twitter page that those who depended on US President Donald Trump and required his protection must immediately cease their actions as the Republican leader’s tumultuous term will expire in less than a week.

The Saudi-led coalition has been enforcing a land, air and sea blockade on Yemen, particularly on the strategic western port city of Hudayda, which acts as a lifeline for the impoverished nation, since August 2015, five months after it started the devastating war.

The Yemeni Foreign Ministry on Thursday condemned the move by US Secretary of State Mike Pompeo to brand the popular Ansarullah movement “a foreign terrorist group.”

An unnamed official at the ministry described the designation as ridiculous and illogical, adding that such a futile step comes as the Trump administration, which failed miserably to break the steadfastness of the Yemeni people, is leaving office.

He said the outgoing US administration has consistently pursued a policy of pressure, blockade and sanctions against many free countries and nations that reject American hegemony in the region as well as normalization of ties with the Israeli regime.

The official stressed that Trump’s administration is “the mother of terrorism in the world,” noting it greatly contributed to the Saudi devastating war and blockade against Yemen for nearly six consecutive years.

He said the US administration led by Trump facilitated aggression against Yemen through arming and supporting the Saudi regime, which consequently claimed the lives of thousands of civilians.

The official highlighted that Ansarullah is a national liberation movement, which has its roots within the context of Yemeni society, civilization as well as cultural and political heritage. 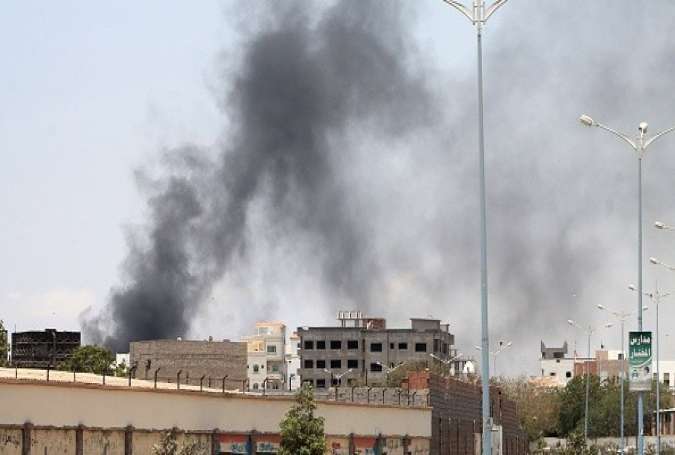