Russia Will Not Tolerate Attacks on Its Sovereignty, Putin Warns

Story Code : 916880
Islam Times - Russia will not allow foreign meddling in its parliamentary elections, nor will it turn a blind eye to any assault on its sovereignty, President Vladimir Putin emphasized at a meeting with parliamentary faction leaders on Wednesday.
"This choice (by the people) must be protected from any meddling attempts from overseas. We cannot afford to and we will not permit any attacks on the sovereignty of Russia or on the right of the people to be masters of their own land," he said, TASS reported.

Putin said that on this issue all parliamentary factions saw eye to eye.

He said he hopes that they will continue to adhere to a firm patriotic stance further on.

"I believe that such patriotic cohesion is crucial, especially for those leading parties that have their own traditions, ideology and real influence in society," Putin insisted. He called for maintaining this authority and keeping in touch not only with supporters, but also with opponents and those who are politically neutral.

Putin stressed that the 2021 State Duma elections must be held on a genuinely competitive basis.

"All of us are interested in an open, and honest election with dignity, held on a highly competitive basis," he said, adding that it was important both for the parliamentary parties and for forces not represented in the State Duma that plan to take part in the elections.

This is also crucial first and foremost for the voters "who will determine the outcome of the election campaign," Putin concluded.
Share It :
Related Stories 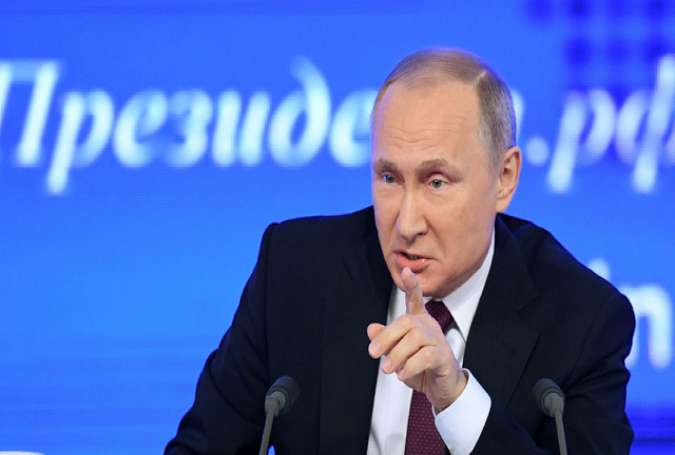