Most of Areas Marib Are Under Control of Yemeni Army, Popular Committee

Story Code : 919726
Islam Times - The Yemeni army and the popular committee have taken control of 10 out of 14 districts of the strategic northern city of Marib, Deputy Foreign Minister in the National Salvation Government, Hussein al-Ezzi, told CNN Wednesday.
"Most of Marib is now in the hands of the [Yemeni army and the popular committee], there are 14 districts that make up Marib, only two are controlled by the [forces of the Saudi-Emirati aggression and their mercenaries] including the city center, two others are battlefields and the rest of the districts are under our control," al-Ezzi said.

The battle for Marib, the last major northern stronghold occupied by the ousted government, is pivotal for the warring sides of the Yemen conflict.

On the other hand, al-Ezzi tweeted on his Twitter account, saying: “Oh God, at this hour you have servants who are confronting the tyrants of the earth, the sources of evil, and the enemies of truth and goodness. Oh God, make their stance firm, guide them and support them with victory and a near conquest.”

He added, "The mercenaries’ ignorance and their naive beliefs push them to escalate and threaten here and there, and this is evidence that until this moment they do not know who we are, nor how we think, and their ignorance of us will remain one of our most important strengths”.

Al-Ezzi also criticized the United Nations and the international community on Twitter, saying, "Because of the double standards policy, the absence of the minimum language of balance and fair dealing with the reality of what is happening, it is extremely unfortunate and incomprehensible, so it is not logical to direct unjustified condemnations to a party while everyone is silent regarding the horrors of the bombing, siege and terrorism committed by the other side”.
Share It :
Related Stories 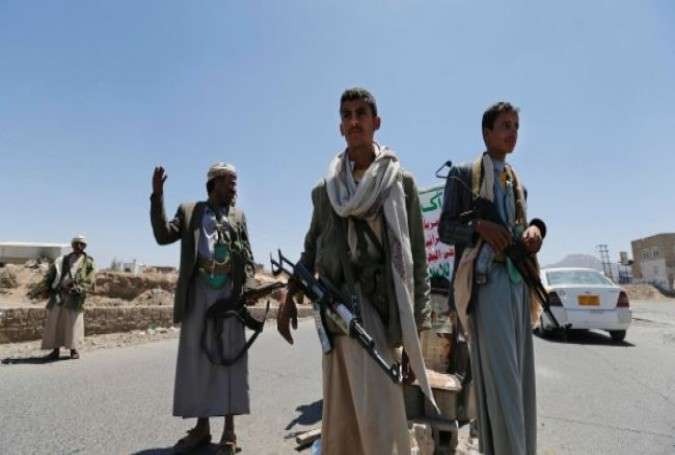