Poll: Likud in Lead As 1 in 3 “Israelis” Say Bibi Best Suited to Be PM

Story Code : 920093
Islam Times - One in three “Israelis” said the “Israeli” entity's Prime Minister Benjamin Netanyahu is best suited to be at the helm, a new poll conducted for i24EWS and “Israel” Hayom revealed.
While 36 percent of the respondents viewed Netanyahu as the most suitable leader, 19 percent put their trust in opposition chief Yair Lapid, head of the Yesh Atid party, followed by New Hope's chief Gideon Sa'ar at 12 percent.

The survey revealed that if the elections, slated for March 23, were held today, Netanyahu's Likud would secure 29 seats in the 120-seat Knesset, followed by Yesh Atid with 17 mandates.

New Hope would be the third-largest with 11 seats, followed by Yamina and the Arab Joint List, both at 10.

Wrapping up the list are Labor, Meretz, right-wing Religious Zionism and Ra'am parties [a former Joint List member], all at four mandates.

The disposition hands the pro-Netanyahu bloc 48 mandates, a far cry from the 61-seat majority needed to form a government, but leaves options for both blocks on the table, handing the kingmaker's mantle to Bennet – and, to a lesser extend, Ra'am chief Mansour Abbas, who has signaled openness to an alliance with Netanyahu.
Share It :
Related Stories 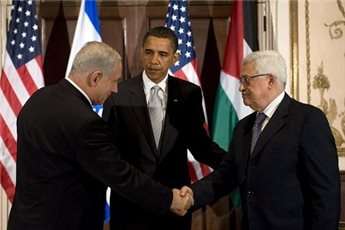