Story Code : 927832
Islam Times - Russia on Saturday said it would expel a Ukrainian diplomat, prompting an immediate pledge of retaliation from Kiev, further escalating tensions over Moscow’s troop build-up on Ukraine’s eastern flank.
The detention of a Ukrainian consul in the second city St. Petersburg comes at a time of global concern of a repeat of Moscow’s 2014 aggression, when Russia annexed the peninsula of Crimea and backed separatists in Ukraine’s east.

In response, the Ukrainian foreign ministry protested “the illegal” detention of its diplomat and said Kiev would expel a senior Russian diplomat.

Kiev has been battling Russian-backed separatists in eastern Ukraine since 2014 and clashes intensified early this year, effectively shredding a ceasefire agreed last July.

Around 30 Ukrainian troops have been killed since the start of the year, compared to 50 last year. Most of them were victims of sniper fire.

Russia has detained a number of Ukrainian nationals on suspicion of spying in recent years but the arrest of a diplomat is rare.

“A Ukrainian diplomat, a consul of Ukraine’s Consulate General in St. Petersburg, Alexander Sosonyuk, has been detained by Russia’s FSB,” the security service said in a statement, using the Russian language spelling of his name.

He was held on Friday, the security service said. Kiev said the diplomat had spent several hours in detention.

The Russian Foreign Ministry said Saturday it had summoned Ukraine’s charge d’affaires Vasyl Pokotylo and told him that the Ukrainian diplomat had 72 hours to leave the country “beginning April 19.”

“The Russian side pointed to the inadmissibility of such kind of activity,” the Foreign Ministry said in a statement.

Russia’s domestic intelligence agency said Sosonyuk had been caught “red-handed” during a meeting with a Russian national as he sought to receive “classified” information.

“Such activity is not compatible with his diplomatic status and is clearly hostile in nature towards the Russian Federation,” the FSB said.

“In conformity with international law, measures will be taken against the foreign diplomat.”
Share It :
Related Stories 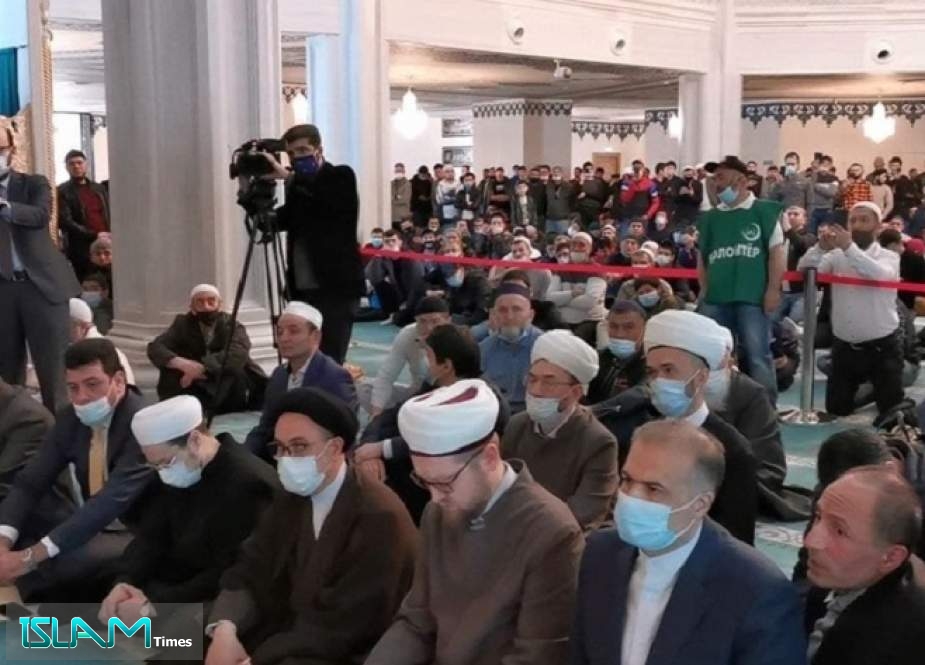 10 key points of Imam Khamenei’s speech on the International Al Quds Day; May 7, 2021