Story Code : 933709
Islam Times - Yemeni Ansarullah revolutionary movement congratulated the Palestinian people and their brave resistance on the victory of Operation 'Al-Quds Sword'.
Ansarullah Spokesman Mohammad Abdul Salam said “the Palestinian people and their valiant resistance, from the position of strength and might, and with God’s grace, forced the enemy’s entity to implement a ‘ceasefire,’ pointing to that the round has ended with many lessons the Ummah has to take into account while preparing for what is bigger and greater.”

“The Palestinian people and their heroic resistance imposed on the enemy’s entity fleeing the hell of what has been awaiting it in case it continued its brutal aggression against Gaza,” Abdul Salam added.

Operation Al-Quds Sword, he said, “trembled the entity of the ‘guard of fences’ and made a major transformation in favor of al-Quds and the Aqsa Mosque, in which it will achieve a following victory.”

Abdul Salam also pointed to that the operation slapped the faces of the normalizers and failed their illusions, renewing to the nation what it believes about Palestine that “It is a cause destined to triumph, and that the occupation will be eradicated by God’s willing.”

After the world has turned its back to Palestine for a long period of time, operation Al-Quds Sword reminded it of the cause of a people whose response was shocking in its rocketry uprising [Intifada], Abdul Salam concluded.
Share It :
Related Stories 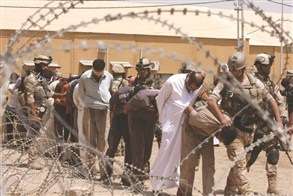