Story Code : 937522
Islam Times - Hezbollah Deputy Secretary General His Eminence Sheikh Naim Qassem affirmed that the Lebanese party "will continue to try internally to resolve the crisis and reach a solution as much as we can," and stressed that "we will not stop trying until things are resolved and people are relieved in light of the difficult conditions."
While receiving an Arab delegation, Sheikh Qassem said, "Some are asking why Hezbollah did not win inland as it did against ‘Israel’," and explained that "internal matters are much more difficult because we are not facing an enemy, we are facing political controversy, and this requires wisdom and cooperation. When there are parties that take the ship to its court, indifferent to the interests of the people in general, things get complicated and we will continue to try and show patience and fortitude."

Sheikh Qassem pointed out that "The resistance is the only option for this stage throughout the Arab and Islamic nation. The choice of resistance aims at two fundamental things, the first is the liberation and protection of the land, and the second is the liberation of man and his convictions." He also added "We consider the priority of the liberation of Palestine to be an undisputed one, and that priority sets the course."

His Eminence pointed out that “The priority of liberating Palestine means that we are against the establishment of authoritarian regimes’ position that buy their tyranny with money and oil to impose their conditions on our region.” He also stressed that "This stage requires patience, endurance and effort to integrate the three things: faith, will and preparation in order to achieve the desired results. Our path is the Path of victory through martyrdom or direct victory."

Sheikh Qassem stated that "One of the consequence of the resistance is that Lebanon has become stronger and no longer a site of settlement and that Lebanon can no longer be used as a means of putting pressure on the region and the existing reality," noting that one of its results is also the awakening of the Arab and Islamic street after the liberation of 2000.

Sheikh Qassem continued, "The political unity is the one that unites the Axis of Resistance that is led by Iran and works with the effectivity of Syria and all the resistance movements in the region. We are with Palestine from the sea to the river, and here we must emphasize the great and important role of the al-Assad’s Syria and the Arabism, which provided a lot for liberation and was able to be a bridge for arming, sheltering and support for the resistance." He also pointed out that “Syria today is reaping the result of its resistance by winning the presidential elections for President Bashar al-Assad with popular support, and we believe that Syria is recovering.”

Sheikh Qassem believes that "The solution is to resist until ‘Israel’ gets tired, worried and loses the capacity of its survival.” He also said, “After the “Al-Quds Sword” operation, the aggression became restricted and was no longer able to accumulate gains when it decided to attack Gaza,” and concluded that "With the resistance, there is no security for ‘Israel', and here it can indeed be said that Al-Quds is closer." 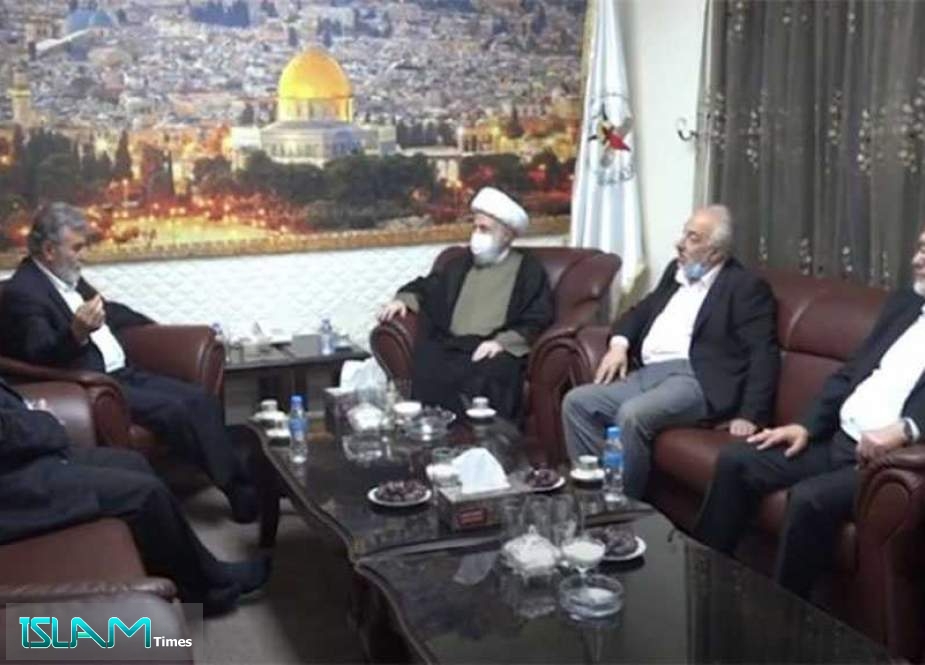