Story Code : 941999
Islam Times - US President Joe Biden has failed to honor his pledges to stop Washington’s support for the Saudi-led military campaign against Yemen, Yemen’s ambassador to Iran said.
“He said he wanted an end to the Yemeni war. He said he wanted to start political talks, but he lied to voters. He continues to support sanctions against the Yemeni people. He continues to support the siege on Yemen. He has not fulfilled any of his pre-election pledges about Yemen,” Ibrahim al-Deilami told Iranian News Agency in an interview broadcast on Tuesday.

He added, “We do not count on American promises, because it was during the reign of Democrats and (president Barack) Obama that the war against the Yemeni nation began. Biden’s pledges about Yemen have not been fulfilled, because he is the most dominant partner in the aggression.”

The Yemeni ambassador noted that the United States has been fueling the war in Yemen, and, in fact, the Saudi-led military aggression against his impoverished country all started in Washington, when Adel al-Jubeir was Saudi Arabia’s ambassador to the US at the time.

“Saudi Arabia has been receiving logistical, intelligence, and other types of support from the United States since the first day of the invasion of Yemen. They supported a sea, land and air blockade on Yemen. Any UN Security Council resolution (against Yemen) has been backed by the United States, and Obama, in particular, backed them,” Deilami said.

He went on to say that Saudi Arabia wants Yemen to be divided and weakened, and has been purposely trying to interfere in the internal affairs of its southern neighbor over the past decades.

“Saudi Arabia seeks to dominate Yemen. We seek to preserve Yemen’s independence through our struggle. They (Saudi authorities) seek to weaken and overthrow the Yemeni government. They want to decide the president of Yemen. They even want to appoint mayors and governors themselves. Clearly, this was the case in previous administrations backed by Saudi Arabia. But in their recent attacks, they witnessed the Yemeni people’s remarkable resilience,” the Yemeni ambassador to Tehran said.

Deilami highlighted that Yemeni armed forces and fighters from allied Popular Committees have beefed up their military might and deterrence power amid the ongoing Saudi-led aggression, and are now able to produce various kinds of indigenous unmanned aerial vehicles.

Elsewhere in his remarks, Deilami said Saudi-led coalition forces and their mercenaries are using Yemen’s strategic central province of Ma’rib as a launching pad to mount offensives against other Yemeni regions.

“Even US military advisers are active there to lead the aggression. Ma’rib has abundant resources and supplies electricity to other parts of Yemen. But the enemies have turned it into a conflict zone. The enemy uses the area to carry out attacks against Sana’a and other districts. Yemeni troops have to launch retaliatory attacks against enemy forces stationed there. We have so far liberated four districts in Ma’rib, and are to establish control over the rest. We want to liberate Ma’rib from the grip of Daesh and al-Qaeda (Takfiri terrorist groups),” the Yemeni ambassador said.

Deilami said the United Nations has thus far failed to handle the Yemen crisis properly, stating that the world body considers the conflict as a struggle between Yemenis themselves. “In reality, it is an onslaught by a foreign aggressor against Yemeni people,” he said.

“In our viewpoint, the UN-led negotiations are failure. Aggression must stop, and this requires the courage of the United Nations to openly criticize the onslaught. The United Nations must say it is an act of aggression by Saudi Arabia and the United States. Sanctions against Yemen must be lifted and all foreign forces, including Saudis, the Emirati and others, must withdraw in order for Yemeni parties to negotiate with each other.

“As long as we see the involvement of Saudis in Yemen, the UN-led negotiations are fruitless and the world body will not act logically,” he commented.

The ambassador also hailed relations between Yemen’s Salvation Government and Iran, stating that the Islamic Republic is the only country that stood by the Yemeni nation, criticized the Saudi-led aggression and called for the removal of brutal sanctions against the crisis-hit country.

“Iranian media outlets are supportive of the Yemeni nation. They talk about the need to lift sanctions against Yemeni people. While many countries have kept mum about the crisis unfolding in Yemen, Iran is diplomatically supporting Yemenis,” Deilami said.

The Yemeni ambassador to Iran also decried the inhumane sanctions against his country, stating that the bans have prevented food and medicine from entering Yemen.

“We are witnessing a humanitarian catastrophe. This needs to stop. This is the result of the (Saudi-led) aggression. Tens of billions of dollars have been lost. This, however, has not stopped Yemeni people from confronting the aggression. The freedom-loving people of the world must stand by Yemenis in the face of such injustices,” Deilami concluded.

Saudi Arabia, backed by the US and regional allies, launched the devastating war on Yemen in March 2015, with the goal of bringing the government of former Yemeni president Abd Rabbuh Mansur Hadi back to power and crushing the popular Ansarullah resistance movement.

Yemeni armed forces and allied Popular Committees have, however, gone from strength to strength against the Saudi-led invaders, and left Riyadh and its allies bogged down in the country.

The Saudi war has left hundreds of thousands of Yemenis dead, and displaced millions more. The war has also destroyed Yemen's infrastructure and spread famine and infectious diseases across the Arab country.
Share It :
Related Stories 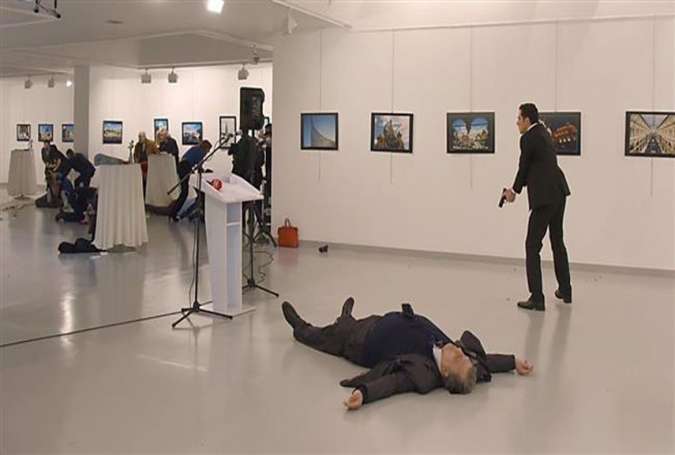