Story Code : 946072
Islam Times - Washington's new bout of sanctions against the Cuban police and its leaders is a means to justify the island's continued economic blockade, Cuban Foreign Minister Bruno Rodriguez Parrilla said.
On Friday, the US Treasury imposed sanctions on the Cuban National Revolutionary Police, the head of the force, and his deputy in the latest round of sanctions against the island nation.

"I categorically reject the inclusion of the National Revolutionary Police and its two leaders in illegitimate lists in the US. These arbitrary measures, coupled with disinformation and aggression, are used to justify the inhumane blockade of Cuba," the minister tweeted, Sputnik reported.

The same day, US President Joe Biden, following a meeting with Cuban activists, announced that Washington will continue to impose sanctions on individuals in Cuba over alleged abuses.

"President Biden's meeting with Cuban annexionists is a farce to justify the change of regime operation against #Cuba," Parrilla said, adding that the US government is only interested in "Florida's electoral machinery" and "ignores the claim by Cuban people" and other voters.

​Last week, the US imposed sanctions targeting the Cuban military and the interior ministry over the crackdown of recent protests earlier in July.

Some Cubans demonstrated in the streets amid the country’s economic decline exacerbated by the COVID-19 pandemic and demanded free elections and improved economic conditions. The government deployed security forces across the country and halted communications, including the internet, while its supporters engaged in counter-demonstrations.
Share It :
Related Stories 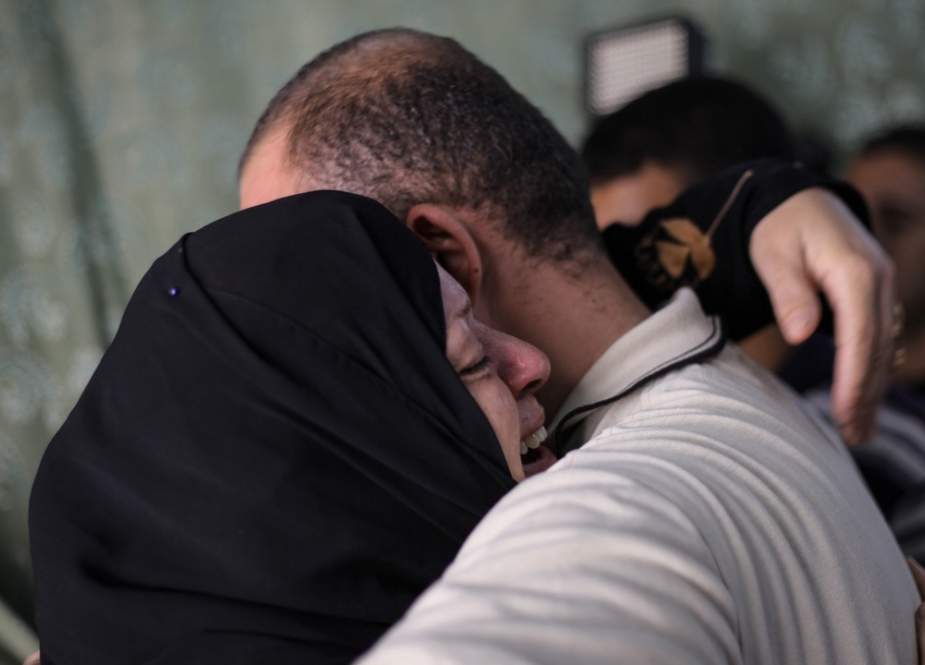 Why Israel’s — and America’s — Legal Justifications for Assassinations Don’t Add Up
Islam Times - The expansion of legal rules around targeted killings by the United States is one of the most ...
Haniyeh: Delaying Elections Has No Credible Justification
Saudi warnings no justification for unlawful airstrikes in Yemen: HRW
There can be no justification for this act of murder
No Legal Justification for US Involvement in Yemen War
US justification for assassinating General Soleimani
No Justification for Israel to Shoot Protesters with Live Ammunition
Comment
Erdogan: Turkey Intends to Buy More S-400 Air Defense Systems from Russia
Poll Indicates 52% of Germans Won’t Miss Merkel
Former US State Dept Aide: Israel Will Be ‘Gone’ in 20 Years
Ehud Barak: ‘Israel’ Lost Nuclear Confrontation with Iran
Iraqis Slam ‘Treacherous' Event on Normalization with Israel
China Warns US Will 'Dump' India, Australia, Japan As Four Nations Convene for Quad Summit
Russia Calls On US to Be More Active to Revive JCPOA
Former ‘Israeli’ Captive Gilad Shalit Narrates How Hamas Treated Him in Detention
Saudi Regime Sentences Female Activist to 18 Years in Prison
What is the Future of the US Army as Racism In Its Ranks Increase?
US Left Many of Its Citizens, Afghan Allies in Afghanistan
US Combat Units to Withdraw from Ain Al-Assad & Harir Bases in Anbar and Erbil: Iraqi Military Command
US Conducts Airstrike in Syria
Pompeo Slams Biden Admin for ‘Failed’ Kabul Strike, Says Military Was Under 'Enormous' Political Pressure
Awkward Moment as WH Staff Cuts Off Biden-Johnson Meeting in Mid-Sentence
Major Cyber Attack Targets ‘Israeli’ Communications Company Voicenter
Tunisia’s Ennahda: Saied’s Power Grab Risks “Dismantling State”
Strategic Stupidity… Biden Torpedoes French & NATO Relations With Aussie Sub Deal to Target China
Resistance Front Takes Revenge from US, Israeli Army for Assassination of General Soleimani
US House To Vote for ‘Israeli’ ‘Iron Dome’ Funds
Featured Stories