Yemen's Ansarullah Warns of Retribution after Murder by UAE-Backed Militants

Story Code : 953412
Islam Times - The Ansarullah movement in Yemen condemned the continued acts of aggression against the country, saying that they erode any chance for dialogue to end the Saudi war and brutal siege.
Ansarullah spokesman Mohammed Abdul Salam made the comments in a tweet on Friday, after the UN's new special envoy for Yemen, Hans Grundberg, urged for "peaceful dialogue" between the warring parties.

The call came amid reports of a Yemeni boy being kidnapped, tortured, and slain by UAE militants at a checkpoint in the southwestern province of Lahij.

Abdul Malik al-Sanabani had returned to his homeland to visit his family in Sana’a after years of studying in the US, but UAE militias accosted him and accused him of being an Ansarullah member, Press TV reported.

“With the siege, the mercenaries of the aggression in the occupied areas are blocking roads and committing crimes against travelers, the last of which is the kidnapping and killing of Abdul Malik al-Sanbani. Such move is strongly rejected and condemned,” Abdul-Salam tweeted.

“The aggressor forces bear full responsibility. The continuation of this situation with the excessive brutality negates any opportunity for dialog before ending the siege and stopping the aggression,” he added.

Sanabani was reportedly killed by militias from the so-called Ninth Brigade “Thunderbolt” of the UAE-backed transitional council in the town of Tur al-Baha in the Lahj governorate.

The murder was preceded by propaganda published by media outlets loyal to the transitional council, according to which a “Houthi” had been arrested in possession of a sum of money in US dollars.

It provoked widespread anger and condemnation on social media, with demands to arrest the killers and stop the suffering of travelers especially from Yemen's north at checkpoints manned by UAE militias.

“They have made the south an arena for plots, assassinations, and armed gangs that have run out of all laws, norms, and human morals,” Yemeni journalist Ahmed Jaafan al-Subaihi said of the UAE militias.

“The accountability must be comprehensive for the killers and those who finance them and provide them with political and institutional cover...,” he added.

Yemeni journalist Samir Al-Nimri published pictures of the young Abdul Malik before and after the crime on his Twitter account.

Yemen is shocked from end to end after the heinous crime perpetrated by UAE militias by kidnapping, torturing and killing the young man #AbdulMalik_AlSanbani Returning from abroad in America on charges of owning dollars, taking a selfie and renting his own car.

On Friday, the new UN special envoy for Yemen said that the country was "stuck in an indefinite state of war” and that resuming negotiations to end the conflict would not be easy.

In his first address to the UN Security Council, Grundberg stated that there would be "no quick wins" in his mission and that efforts to reach a peaceful settlement were "a long way off.”

"The conflict parties have not discussed a comprehensive settlement since 2016," he said. "It is therefore long overdue for the conflict parties to engage in peaceful dialog with one another under UN facilitation on the terms of an overarching settlement, in good faith and without preconditions."

Saudi Arabia launched the Western-backed war on Yemen in March 2015 in collaboration with a number of its allied states such as the UAE, and with arms and logistics support from the US and several Western countries.

The aim was to return to power the former Riyadh-backed regime and crush the popular Ansarullah movement which has been running state affairs in the absence of an effective government in Yemen.

The war has stopped well shy of all of its goals, despite killing tens of thousands of Yemenis and turning entire Yemen into the scene of the world’s worst humanitarian crisis.

Meanwhile, Yemeni forces have gone from strength to strength against the Saudi-led invaders, and left Riyadh and its allies bogged down in the impoverished country.
Share It :
Related Stories 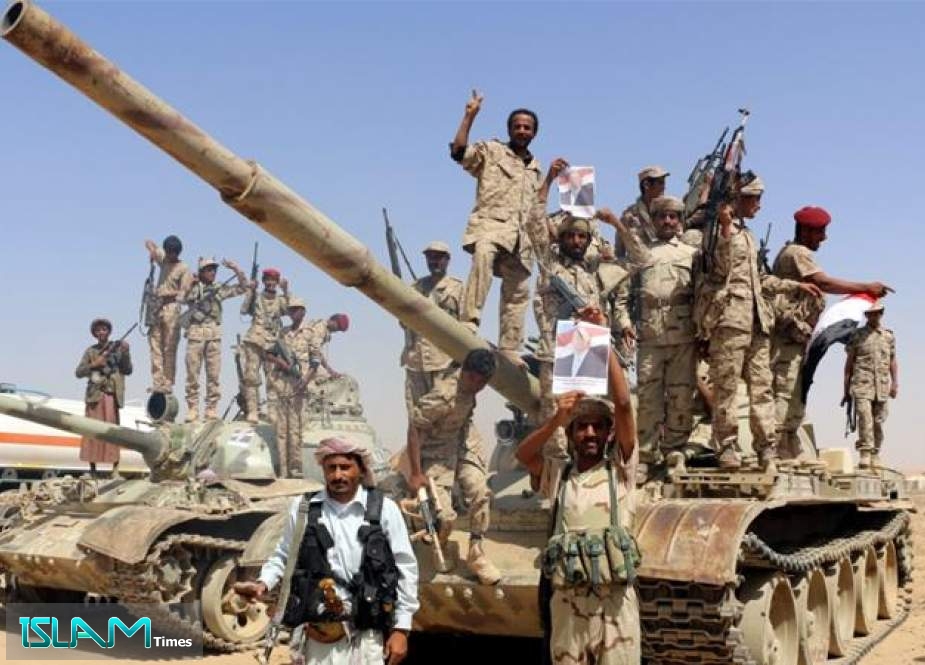