According to the report, the people supported the recent remarks expressed by Ayatollah Sheikh Isa Qassim, the top Shia cleric of Bahrain, and demanded that the nation be recognized as a source of power by the Al Khalifa regime.

Ayatollah Sheikh Isa Qassim had previously said that the Al-Khalifa regime knows that it is doomed to change and reform in order to survive, hence the Bahraini opposition should not be deceived by these hypocrisies, and it should call for real reforms by reconciling its positions, i.e. the recognition of the nation as a source of power.

Bahrain has been witnessing a popular revolution against the Al-Khalifa regime since February 14, 2011. The people want freedom, justice, non-discrimination and the establishment of an elected military in their country.

The unrest in Bahrain has so far left dozens dead and thousands injured, and the Al-Khalifa regime has also stripped hundreds of Bahrainis of their citizenship.

Human rights groups have repeatedly condemned the Al-Khalifa regime for cracking down on dissent and called for reforms in the country's political system.
Share It :
Related Stories 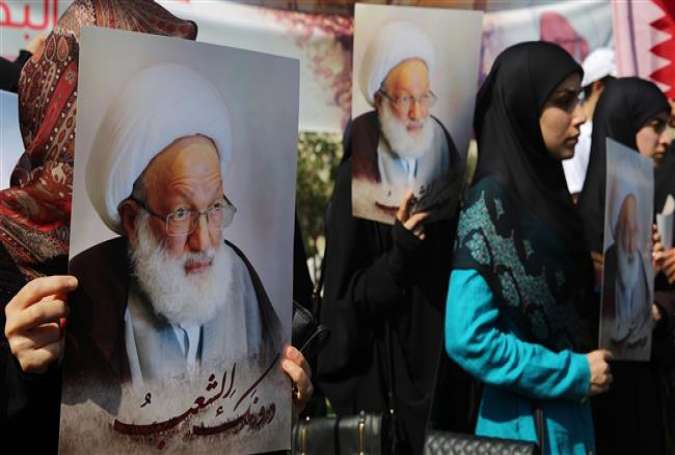