Sheikh Qassem: Hezbollah Has the Right to Use All Means to Break US Siege on Lebanon

Story Code : 957376
Islam Times - Hezbollah Deputy Secretary General Sheikh Naim Qassem stressed the Resistance in Lebanon emerged victorious from the entitlements of the cabinet formation and the battle of breaking the US siege.
Addressing the Muslim Scholars Assembly, Sheikh Qassem emphasized that the US arrogance was shattered in Lebanon.
Sheikh Qassem affirmed that Hezbollah rejects any foreign dictations and insists on its right to respond to any aggression.
Hezbollah official called on the Lebanese government to ask the US administration to lift its siege just as what the Iraqis and Jordanians did, indicating that Lebanon’s economic need for Syria is inevitable.
Sheikh Qassen also pointed out that Hezbollah supports holding the legislative elections on time in order for the people to obtain their right to renew their electoral choices, emphasizing that the Resistance Party and allies will attain good results.
Praising the Assembly’s feats, Sheikh Qassem indicated that those who do not back the Palestinian cause may never be supportive of the Islamic unity.
Share It :
Related Stories 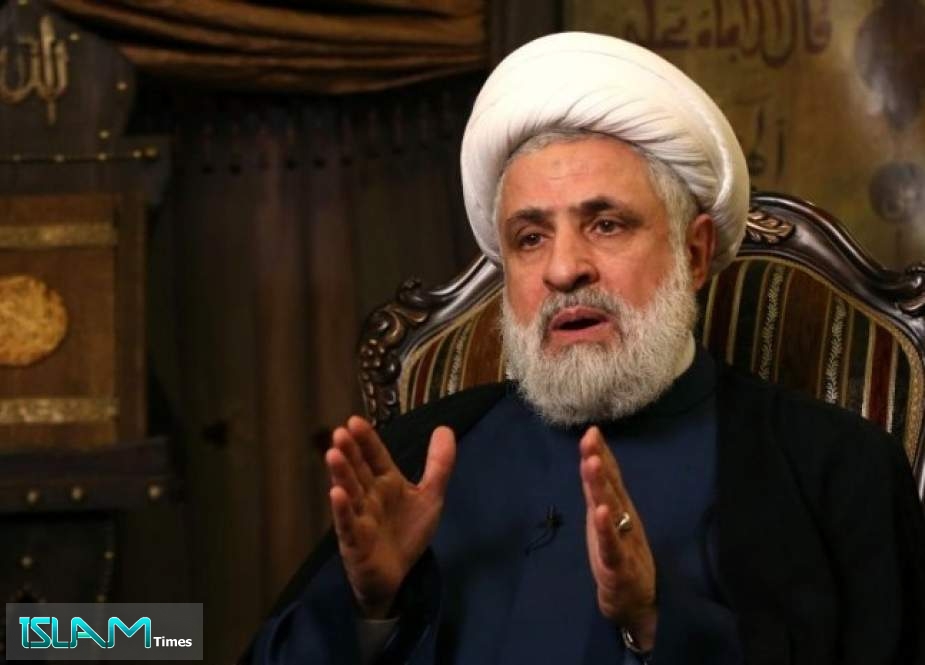