Story Code : 958931
Islam Times - Saudi-funded hospitals in Yemen have been involved in “unnecessary amputations” of young children and others injured during the Saudi-led war against the impoverished country, according to an investigation.
Carried out by the Arab Reporters for Investigative Journalism (ARIJ), the investigation found that proper procedures were not followed by medical staff authorizing and performing the operations, the Middle East Eye reported.

It found that the qualifications of one foreign doctor who was involved in at least 44 amputations were not recognized in his own country.

KSrelief told the Middle East Eye that its role was limited to financing treatment and it was not a supervisory authority.

“The role of the center is limited to financing treatment within the humanitarian response plan in Yemen,” a KSrelief spokesperson said, adding, “The center is not authorized to interfere in medical opinions, and has no supervisory role over those hospitals, and it has nothing to do with the selection of medical staff affiliated with them.”

Yemen has been beset by violence and chaos since 2015, when Saudi Arabia and its allies—emboldened by their Western-manufactured arms—launched a devastating war against the poorest Arab country to reinstall Yemen’s overthrown government of Abd Rabbuh Mansur Hadi in Sana’a and crush the Ansarullah resistance movement.

The war has failed to reach its goals, killed hundreds of thousands of Yemeni people, and put millions more at risk of starvation by destroying much of the country’s infrastructure.

The war has been described by the United Nations as the world’s “worst humanitarian crisis” repeatedly. However, the UN Human Rights Council dropped an investigation last week into possible war crimes by the Saudi-led coalition amid reports of intense lobbying by Riyadh.

KSrelief paid $4,000 for each amputation, doctors who worked at the three hospitals said, noting that amputations were also cheaper than other medical procedures.

“To eliminate these extra costs paid to doctors, the hospitals opted for amputating,” Dr. Mukhtar Al-Malik, an orthopedic surgeon who worked in the contracted hospitals, told ARIJ.

Malik also recalled that one time, hospital administrators at Al-Safwa had obstructed his efforts to save a patient’s leg, on the pretext that the bones were damaged.

The wounded man “would need several operations across a full year, and we are at war”, hospital administrators told him.

Dalia Muhammad, who was taken to Al-Buraihy hospital after stepping on a landmine, did not receive treatment for her injures, and eventually, her leg was amputated after becoming gangrenous.

Three-year-old Alaa Abdel-Fattah was taken to Al-Rawda hospital where her left leg was amputated. However, her father consulted another doctor afterward, who told him that those who had treated his daughter had made a “big mistake”.

Documents show that three medical reports authorizing surgery on Muhammad were signed by the same doctor, a Ukrainian national, who also carried out the operation. He authorized amputation as a general practitioner, then as an orthopedic specialist, and finally as a vascular specialist, while he apparently had not trained in orthopedics and traumatology.

Health officials responsible for overseeing the Ta'izz hospitals’ contracts with KSrelief said they do not know who approved the original contracts or why they were approved, as the hospitals lacked basic equipment and suitable surgical facilities to deal with the injuries they were contracted to treat.

Dr. Ilan Abdel Haq, deputy governor for health affairs in Ta'izz, told ARIJ that it seemed that in many cases amputations had been performed needlessly.

“The wounded person enters the hospital with first-degree wounds that specialists should deal with,” Abdel Haq said, adding, “But hospital staff are newly trained graduates and, instead of treating them, adds to their injury.”

Meanwhile, there were people who refused amputations and received proper treatment that saved their limbs, further proving that the amputations were generally unnecessary.

Suhail Al-Najashi, who was told that only an amputation would save his life, refused to undergo the operation, and instead, traveled to Egypt where his injuries were successfully treated at his own expense.

Salah Thabet Ismail was also told he needed to undergo amputation, but he went to Ta'izz Hospital where his injuries were successfully treated.

“I resorted to funding my own treatment so that I could walk on my feet,” said Ismail.

Abdelmalik Yulda Shaf, an Uzbek orthopedic surgeon who treated Ismail, told ARIJ, “We did not even think for a moment about amputating Salah.”
Share It :
Related Stories 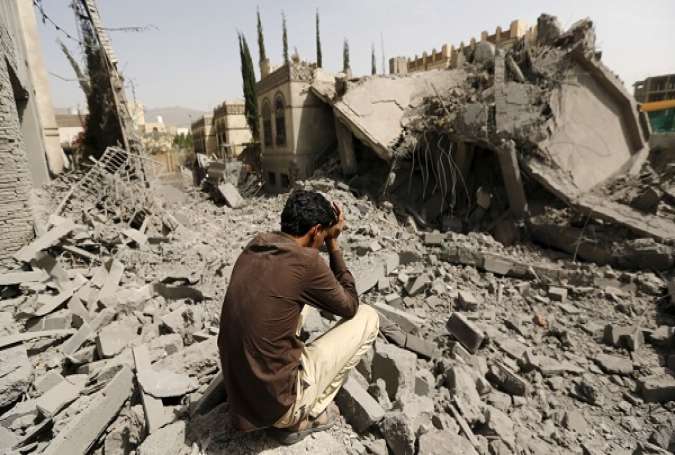