Story Code : 965308
Islam Times - Syrian Foreign Minister Faisal Al-Mikdad stressed that certain Western countries are now attempting to sabotage prospects for a political end to the ongoing conflict in the country after failing to advance their agenda on the battlefield.
“I firmly believe that the entire occupied Syrian territories will be ultimately liberated. Syrian nationals also hold the opinion that each and every constituent part of our country will be soon repatriated,” Al-Mikdad said on Tuesday night.

He further noted, “Having failed in their military aggression on Syria, Western countries are now trying to strike down the country through political means.”

The top Syrian diplomat also highlighted that the West had not succeeded in imposing its will on Syria either through terrorism or military actions, and is currently seeking to aggravate the situation and impede the political settlement of the Syrian crisis.

The FM has demanded the immediate withdrawal of Turkish and American forces from the Syrian soil.

In parallel, he blasted Western countries over failure to come up with a political solution to the Syrian crisis and said they had not shied away from hostile actions against the Damascus government.

Al-Mikdad also strongly condemned Turkey’s military occupation of Syrian lands and said the move had created an obstacle to the resolution of the Syrian conflict.

He said the United States’ support for various militant groups in northeastern Syria was in line with its pressure on the Damascus government to stop anti-terror operations against Takfiri terrorists operating in the area.
Share It :
Related Stories 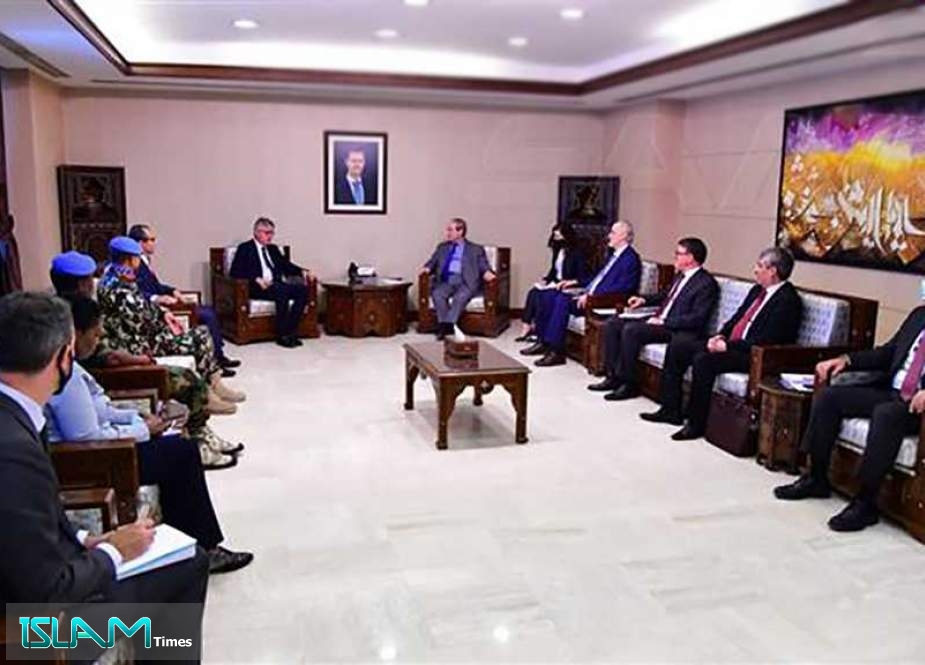