Tel Aviv is Afraid of the Axis of Resistance

Story Code : 795160
Islam Times - The Australian political economist and author Professor, Tim Anderson, has emphasized that the Zionist entity is afraid of the unrelenting Palestinian resistance, of Syria’s looming victory and of an enhanced Axis of Resistance facing the occupied parts of Lebanon and Syria.
“Tel Aviv has looked to Trump for reassurance, but the US leader’s gestures over Jerusalem and the occupied Golan have no force in international law,” the professor told the Syria Times e-newspaper.

He went on to say: “Given that Washington (whether under Bush, Obama or Trump) has done nothing to restrain the extended colonization and attempted ethnic cleansing on the West Bank, it is hard to imagine that The Kushner Plan (given a name which sounds like a TV game show) could do much more than throw some money around; all the more humiliating that this seems likely to be Arab (Saudi) money and perhaps a little Arab (Egyptian) land.”

The professor believes that all the recent statements from the Trump regime (on Jerusalem, on the occupied Syrian Golan and on some new yet-to-be-explained promises over Palestine) run in parallel to the violent expeditions by the Netanyahu regime.

Asked about the purpose of the Zionist entity’s recent intensive strikes on Gaza strip in the occupied Palestine, prof. Anderson said: “ The Zionists seem to believe, as do most fascist regimes, that an extremely vicious response to what they regard as the slightest provocation will act to terrorize the population and so repress all forms of resistance. While there are constant acts of resistance within occupied Palestine, the series of Israeli massacres in Gaza have demonstrated extreme and disproportional brutality. “

He underlined that civilian casualties amongst Palestinians are, by all accounts, the great majority of Israel’s victims.
“The United Nations reported that “at least” 1,483 (67%) of the 2,205 Palestinians killed in Israel’s 2014 attack on Gaza were civilians, while only 4 (6%) of the 71 Israelis killed were civilians.

So, contrary to much of the western media hype, the Palestinian resistance uses far more targeted violence compared to that of the Zionist forces. Notice though that the Zionist kill ratio in 2014 was more than 30 to one,” the professor clarified.

He referred to the fact that the Netanyahu regime since then has enhanced its policy of ruthless reprisal.

“In March the Zionist intelligence site Debka reported that “a new IDF policy had gone into force for hitting back at all manifestations of Palestinian terror”. This has resulted in immediate attacks “even though there were no Israeli casualties”. The same site noted multiple small acts of resistance, and that “thousands of convicted terrorists in Israeli jails [were] restive over cutbacks in their privileges”.

Prof. Anderson added that the increase in Palestinian resistance’s military capacity, with Gaza rockets reaching Tel Aviv for the first time, in March 2019, might help explain the relatively short punitive assault on Gaza in May.

“The Israeli regime has been notoriously insensitive to the killing of Palestinians, but remains highly sensitive to casualties on its own side,” he affirmed, explaining why the UN had not held an emergency meeting to discuss the Israeli aggression on Gaza.

“As everyone knows, three of the five permanent members of the UN Security Council have launched multiple wars against the peoples of the region, precisely to divide the resistance to Zionism and imperialism, seeking to embed a controlling role for the Zionist colony in Palestine. Fortunately, in recent years, Russia and to a lesser extent China, have begun to exert a counter-veiling force. However this simply renders the Security Council ineffective. Elsewhere in the UN there are some useful initiatives, for example the appointment of a Special Rapporteur on the negative impact of the unilateral coercive measures. This is, of course, mainly aimed at US economic aggression. Such initiatives can help mobilise peoples against the economic and propaganda arms of today’s hybrid wars.”

Moreover, the professor doubts that Washington is stupid enough to go to war with Iran, despite the threats.

“Declaring economic war on half the world will not help, in the medium term. The ‘Americans’ have not failed to notice that their game plan in Syria has failed badly; they just have great trouble admitting it,” he said, pointing out that both Tel Aviv and Washington fear the rising influence of the largest independent state in the region, and they fear Iran’s deeper integration with Iraq, Syria, Lebanon and Palestine.

“Their great fear is what they call an ‘Iranian land bridge’ from Tehran to Beirut. Of course, such economic, transport, communicational and cultural integration would be of enormous benefit to the peoples of the region, helping lift them out of an under-development enforced by fragmentation and neocolonial division. But this is the last thing Tel Aviv and Washington want,” Prof. Anderson asserted.

He concluded by saying: “The wars against Iraq and Syria must be defeated and consolidated by a united front across the region.
That would be the definitive answer to the multiple 21st century wars launched by Washington against the peoples of the region.
Internal cohesion of the resistance within Palestine is also essential.  Only then can sufficient pressure be brought to bear on the Zionist entity to democratize what has become an apartheid state.”

It is worth mentioning that Dr. Tim Anderson is Director of the Center for Counter Hegemonic Studies in Sydney. He worked and taught at several Australian Universities for more than 30 years.
Source : Syria Times
Share It :
Related Stories 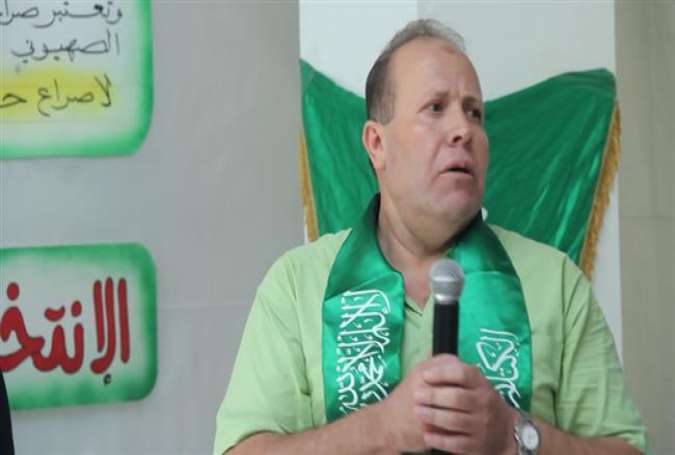