How Turkey Seeks Interests out of Trump’s Al-Quds Move?

Story Code : 690373
Islam Times - Trump's Last week announcement of recognizing al-Quds (Jerusalem) as the capital of the Israeli regime sparked huge outrage across the world, especially in Muslim countries whose leaders spoke out against the American president’s move.
Meanwhile, one of the toughest stances on the issue was taken by the Turkish President Recep Tayyip Erdogan whose remarks caught media and political circles’ attention and drew a torrent of comments and analyses. On Sunday, the Turkish leader described in a speech to the protestors, who came out to bash Trump’s decision, the Israeli regime a “child-murderer and terror state”, adding that he will confront the American recognition of al-Aqsa as the Israeli capital with all of his powers.

Representatives from 57 states convened an extraordinary summit of the Organization (OIC) in Istanbul to discuss US president’s provocative decision to recognize al-Quds (Jerusalem) as Israeli regime’s capital.

Turkish President Recep Tayyip Erdogan, whose country holds a rotating presidency of the Islamic Cooperation (OIC) in Istanbul, addressed the event on Wednesday, saying "While the occupying state (Israeli regime) is being recognized, there is no logical reason for the party that wants peace (Palestinians), that lives in one fifth of historical Palestine to not be recognized," reiterating that al-Quds and the holy al-Aqsa compound were a red line for the Muslim world.

Such stance and remarks by the head of a state that unlike many other Muslim countries has diplomatic relations with Tel Aviv and hosts the Israeli diplomats in the Israeli embassy in Ankara looks quite significant and simultaneously attention-taking. This Erdogan stance gives rise to a question: Will Ankara after this development review its economic and political relations with Tel Aviv? An answer to this question looks possible only if we gain a vision of Erdogan’s Turkey foreign policy in a climate of regional rivalry and erratic, fast-shifting international alliances to which Turkey is a party.

Before rising to power of the Erdogan-led Islamist Justice and Development Party (AKP) in Turkey in 2002, the country’s foreign policy was pro-Western with the biggest tendency to tightly integrate into the West politically, culturally, and economically. However, after 2002, this policy pathway underwent drastic changes under the “strategic depth” doctrine of Ahmet Davutoglu, the former foreign minister and prime minister under Erdogan, which aimed at restoration of the past time’s effective role in the regional developments and in next step leadership of the Muslim world via reliance on hard and soft potentials of the Turkish national power. This vision during more than a decade made the Turkish state embark on a course of a regional competition with two other major regional heavyweights Iran and Saudi Arabia in a bid to expand its sphere of influence and take the initiative when it comes to addressing the Muslim, and likewise Arab, world’s crises and challenges.

Meanwhile, the Palestinian challenge or in general the Israeli-Arab dispute which amounts to a key and common issue of the Islamic countries, found important attention among the AKP leaders, with Erdogan struggling to highlight himself as the leading supporter of the Palestinians in the region. The peak of this agenda was when he disparaged the Israeli regime’s “killings” in presence of the late Israeli President Shimon Peres at the World Economic Forum in Davos in 2009. The Turkish-Israeli tensions came to a head when in mid-2010 the Israeli army’s commandos raided and seized the Turkish Mavi Marmara ship which was heading to the Gaza Strip with activists and humanitarian aids on board to break the siege imposed on the Palestinian enclave. The ensuing Turkish move was severing diplomatic relations with Tel Aviv.

And now that Trump announced the intention to move the American embassy in the Israeli regime from Tel Aviv to Al-Quds, the Turkish leader seized chance amid lack of strong response from some Arab states such as Saudi Arabia, Egypt, the UAE, Bahrain that chose to stay as passive as ever on this case. He took strict stances against the Trump’s move and the Israeli occupation out of the optimism to bolster the Ankara position both among Muslim nations and the Palestinian groups.

It is not only the rivalry with other regional actors for the Muslim world’s leadership that motivates the Turkey’s pro-Palestinian postures. Erdogan has often tried to put the Turkish regional activism and role to service of the country’s political, economic, and security interests. This mindset automatically yielded a Turkish state with a highly erratic foreign policy that allows for all-of-a-sudden shifts in more than one case. Take the Syrian crisis for example. Turkey in the beginning was a top opponent of the Syrian government, colluding with the Western and Arab adversaries of Damascus in support of wide range of terrorist and militant groups who were tasked with ousting President Bashar al-Assad. But things changed after 2016. Seeing the battleground tide tuned in the advantage of the Syrian government and also Americans’ arming and backing Kurdish forces who seized the north Syrian region and set up their self-rule next to the Turkish borders, Ankara fast shifted to working with the strong and triumphant alliance of Russia and the Iran-led Axis of Resistance to repulse what it saw an enormous Kurdish threat. A similar shift took place in relation to diplomatic ties with Tel Aviv. After six years, Ankara signed in June 2016 an agreement with Tel Aviv, paving the way for a diplomatic rapprochement with the occupying regime. In the accord, Turkey agreed to restrictions on relations with the Palestinian groups, specifically the Gaza-based Hamas movement. However, after Trump’s decision to cross Muslims redline and recognize al-Quds, where hosts third most holly site for Muslims al-Aqsa Mosque, as Israeli regime’s capital, Turkish leaders took the opportunity to spearhead anti-Israeli campaign and portray themselves as the main defender of Palestinians rights.

Although such opportunistic approaches might offer Ankara a maneuvering power to pursue more interests in the short run, they will tarnish the countries face as an unreliable ally in the long run. Therefore, Erdogan’s anti-Trump and Israel stances might prove important in their place, but Turkey needs to totally terminate its opportunist and profit-seeking approach in the regional developments if it seeks to expand influence and enhance its position in the region and Muslim world similarly.
Source : http://alwaght.com/en
Share It :
Related Stories 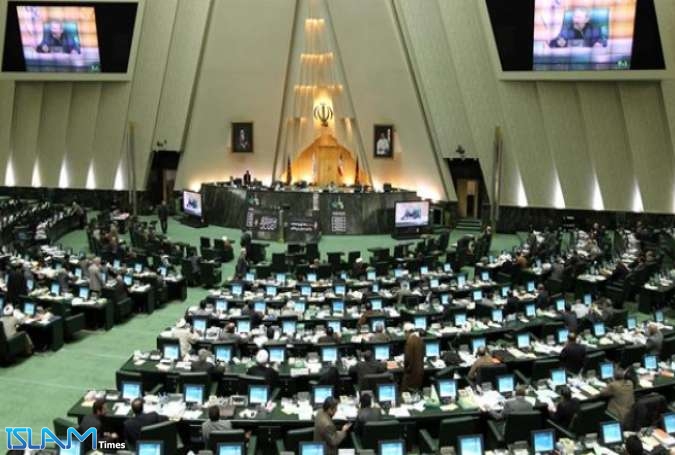