‘NY Times’ story on Iran-Al Qaeda links is dishonest — and could help justify a U.S./Israeli attack

By James North
Story Code : 898403
Islam Times - The New York Times is publishing a misleading report on its front page that further raises the risk that Donald Trump and Benjamin Netanyahu could provoke a conflict with Iran during the Trump administration’s final 66 days.
Unnamed “intelligence officials” have just told the Times that “Al-Qaeda’s second-highest leader,” Abu Muhammad al-Masri, was “gunned down on the streets of Tehran” in August, “by Israeli operatives at the behest of the United States.”

The article reeks of dishonesty. At least one of its four authors, Ronen Bergman, an Israeli (who has lavished praise on the Israel lobby AIPAC), has sources in Israel’s spy apparatus, which immediately raises suspicion. The report’s only sources are those unnamed “intelligence officials,” who provide suspiciously precise details, reminiscent of a movie script: the paper said that last August in Tehran, al-Masri

was driving his white Renault L90 sedan with his daughter near his home when two gunmen on a motorcycle drew up alongside him. Five shots were fired from a pistol fitted with a silencer. Four bullets entered the car through the driver’s side and a fifth hit a nearby car.

But the Times’s biggest failure is that (with the exception of a single fleeting reference) it nowhere notes that for months now, Israel and the U.S. have been conducting a clandestine sabotage campaign against Iran, destroying power plants, aluminum and chemical factories, a medical clinic and 7 ships at the port of Bushehr. At the same time, U.S. Navy capital warships provocatively entered the Persian Gulf for the first time since last year.

The paper also fails to give its readers the relevant history. Before the disastrous 2003 U.S. invasion of Iraq, the Bush administration pushed false intelligence reports that the Saddam Hussein regime had collaborated with Al-Qaeda.

Trump and Netanyahu could be using the same scare tactics to justify any attacks on Iran they may be planning — and the Times may have fallen into their trap. If Iran is actually plotting with the people who attacked the U.S. on September 11, 2001, which Americans will object to bombing Teheran?

Secretary of State Mike Pompeo is traveling in the Mideast right now, drumming up support for even more vicious sanctions against Iran, in part to sabotage President-elect Joe Biden’s promise to restore the Iran nuclear deal. Pompeo already promoted the alleged Al-Qaeda-Iran connection, back when he was the CIA director. In November 2017, he declassified documents that U.S. commandos had captured when they killed Osama bin-Laden in 2011, and released the only advance copy to the Foundation for Defense of Democracies (FDD), the Washington, D.C. “think tank” that is actually a front for Israel and part of the pro-Israel lobby. Pompeo insinuated that the documents showed Iran and al-Qaeda were working together, which was another reason the U.S. should leave the nuclear deal.

Ned Price, a former CIA officer who is presently at National Security Action and teaches at Georgetown, saw through Pompeo’s ploy back in 2017. Price noted that some al-Qaeda members did end up in Iran but that the Iranian government and the jihadist group have had “a consistently tense, and occasionally openly hostile relationship,” which he also characterized as “an on-again, off-again marriage of convenience pockmarked by bouts of bitter acrimony.” (The Times article did note that Iran had kept some al-Qaeda leaders under house arrest.)

Price — who, let us remember, was an intelligence insider — concluded that

Pompeo is playing politics with intelligence, using these files in a ploy to bolster the case against Iran by reinvigorating the debate on its terrorist ties. . . This effort reeks of former vice president Dick Cheney’s consistent false allegations of links between Saddam Hussein’s Iraq and the 9/11 attacks. . .

A quick internet search uncovered Ned Price and his analysis, but the four Times reporters were apparently incapable of tracking him down.

You don’t have to like Al-Qaeda — or Iran’s government — to recognize that the New York Times got played. Donald Trump is more desperate than ever, as his days in power are numbered. Benjamin Netanyahu — whose political career may also be shortening — has tried to goad the U.S. into attacking Iran for more than a decade. Mike Pompeo is a hawk with presidential ambitions. Conflict with Iran would suit all of them.
Source : Informationclearinghouse
Share It :
Tagged
Abu Muhammad al-Masri
Related Stories 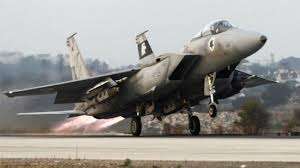