Story Code : 413388
Islam Times - The Palestinian ambassador to Iran has emphasized the importance of “armed resistance” against Israel, saying the regime’s latest fatal war on Gaza set off the countdown to its collapse.
On Sunday, Salah Zawawi described Tel Aviv’s 50-day brutal assaults on Gaza as the “beginning of Israel’s end” and said the countdown has begun for the Zionist regime’s annihilation.

He praised earlier statements by Leader of the Islamic Revolution Ayatollah Seyyed Ali Khamenei, who had described “armed resistance” as the “only way” to face Israeli atrocities, stressing the importance of expanding such type of anti-Israel resistance to the occupied West Bank.

The Palestinian diplomat further highlighted the military capabilities of Palestinian resistance fighters in the recent Israeli war on Gaza, saying armed resistance in parallel with political resistance led to their victory against the Tel Aviv regime.

On July 23, Ayatollah Khamenei said “armed resistance and its expansion to the West Bank is the only way to confront this savage [Israeli] regime” until its annihilation.

The Israeli military unleashed aerial attacks on Gaza in early July and later expanded its military campaign with a ground invasion of the Palestinian strip. Over 2,130 Palestinians, including around 570 children, lost their lives and some 11,000 were injured in the raids. 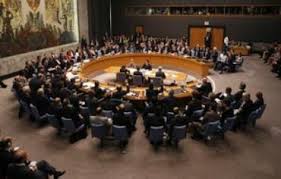