Who was the first believer in the Prophet and performed first prayers with him?(11)

Story Code : 439642
Islam Times - Most historians say that Prophet Mohammad (peace be upon him) was sent by the message of Islam at the age of forty. Before that, he used to worship Allah everyday in the cave of Hira located at the top of Jabal an-Nour mountain, near Mecca. He also used to stay in the cave throughout the holy month of Ramadan of every year, devoting all his time to worship and meditation.
Archangel Gabriel sent down to Prophet Mohammad

Prophet Mohammad (pbuh) was sent by the Qur'an as a basic miracle. The intermediary of the divine revelation was the Archangel Gabriel who started to appear before the Prophet at the moment the revelation started.

According to Ahlulbait (Prophet's household) (as) and other reliable sources, the first Qur'an verses sent to the Prophet were that of Surah Al-Alaq, verses 1-5:
"Proclaim! (or read!) in the name of thy Lord and Cherisher, Who created-
Created man, out of a (mere) clot of congealed blood -
Proclaim! And thy Lord is Most Bountiful -
Who taught (the use of) the pen -
Taught man that which he knew not."

Once he returned home, the Prophet told his wife - Sayyeda Khadija daughter of khuwailid (peace be upon her)- what Gabriel had informed him about the Mission. She said:
"Rejoice and be of good cheer. He in Whose hands stands the life of Khadija, is my Witness that thou wilt be the Messenger of His people!"

However, Prophet (pbuh) started to share his experiences (visions of divine origin) with his immediate family and only a very limited medium learned the news due to the confidentiality the Prophet adopted in the early stages of the Mission.

Initiating to convert to Islam was usually demonstrated as a privilege and a criterion of preference. For this reason, one must learn about the people who converted to Islam before others, i.e. the first among all of the people who believed in Allah and embraced Islam, whom are called Predecessors, who firstly knew about the revelation and believed in the Prophet and in the message of Islam.

Historians and narrators agree that Ali Bin Abi Talib is the first man who embraced Islam after Prophet Mohammad. Reaching an age of 10 or 12 years, some original texts mentioned that Mohammad (pbuh) had been sent as a prophet on Monday, while Imam Ali (as) believed in him and prayed with him on Tuesday.

In his valuable book 'Al-Ghadir' - Volumes 3 and 9, Ayatollah Sayyed Mohsen Al-Amin cited sayings of dozens of the Prophet's companions and followers and other scholars, as well as that of scores of Shiite and Sunni Islamic sources which confirm that Imam Ali bin Abi Talib was the first person in the whole world to believe in the Prophet.

Moreover, in his book, volume 5, page 126, Ahmad bin Hanbala quoted the Holy Prophet as saying:
"Ali bin Abi Talib is the first who embraced Islam among my friends."

A story mentioned in "Illustration of Nahjul Balagha" book by Ibn Abi Hadid Al-Mo'tazeli - part 13, page 225 - stated that "Prophet Mohammad grabbed Ali's hand and said: "This is the first one who believed me and prayed with me."

For his part, Imam Ali (as) declared himself on many occasions, saying that no one had preceded him to pray with the Prophet (pbuh), that he was the first believer, that no one in this nation was known for worshipping Allah Almighty before he did so, and that he started praying seven years before other people did.

Moreover, Ali (as) protested against his political opponents in more than one occasion, stressing that he is the first one to believe the Prophet (pbuh). His companions and followers protested as well against their opponents in the battle of Siffin, stating that their Imam Ali bin Abi Talib (as) is the first person who embraced Islam in this nation. None of Imam Ali's enemies or opponents tried to deny this fact or discredit it.

As for females, historians said that Sayyeda Khadijah (as), is the first believer in the Prophet's message, and prayed with him in the second day of the mission. However, texts showed that Imam Ali (as) embraced Islam before her, due to Prophet's quotes in which he described Imam Ali as the "first one to adopt Islam amongst people", or "the nation's first Muslim". Those quotes do not refer to only men, but to all creatures as well, the men and the women. Thus, when the Prophet (pbuh) said "the first one to adopt Islam amongst people", this means that no one embraced Islam before Imam Ali, neither a man nor a women.

However, the debate on how it comes that Imam Ali embraced Islam before Sayyed Khadija, since she was his wife who was supposed to be the closest person to him, the answer can be easily found when we reveal that Imam Ali (as) was a very intimate companion to the Prophet.

"The Holy Prophet brought me up in his own morsel. I followed him wherever he went, like a baby-camel following its mother. Each day a new aspect of his character would beam out of his noble person and I would accept it and follow it as a command. On that day, no one gathered for Islam except the Messenger of Allah, Khadija and me as a third party of the two. I saw the light of revelation and mission, and smelled the fragrance of prophethood. I also heard the cry of Satan, when God sent the revelation. Then I asked: "O Messenger of Allah, what is this cry?" He replied: "It is Satan who gave up hope on the service to him. You hear what I hear and you see what I see, but you are not a prophet, but a consultant on the way of salvation."
Share It :
Related Stories 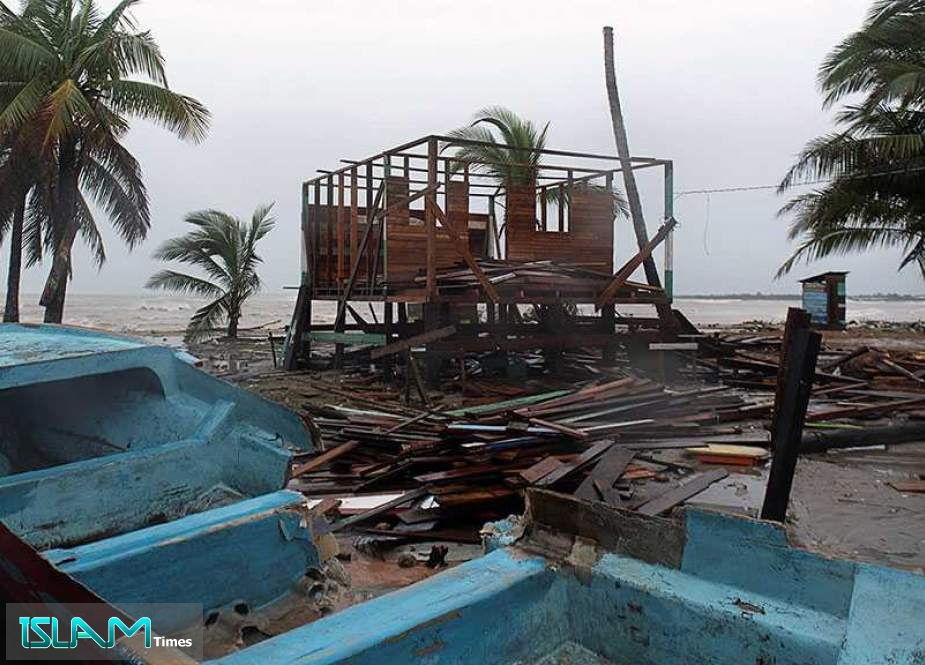