Story Code : 718019
Islam Times - Russian Foreign Minister Sergei Lavrov says the Western countries’ so-called proofs of a purported use of chemical weapons by the Syrian government in the town of Douma, near capital Damascus, are “ludicrous” for experts, hours after the armed forces of the US, Britain and France launched a heavy barrage of cruise missiles on different localities of the Arab country.
The Russian top diplomat made the remarks at the 26th session of the Assembly of the Council for Foreign and Defense Policy in capital Moscow on Saturday, adding that Washington, London and Paris told Moscow that there are purported “irrefutable facts” as for the suspected chemical attack so that they can justify the strikes that they had delivered early in the day.

However, “nothing more is given, except mentioning media outlets, social networks and the video, which is quite ludicrous for specialists,” Lavrov added, while denouncing the actions by the US and its allies in Syria as “unacceptable and illegitimate.”

He also said that the leaders of the three countries involved in the strikes were claiming that they were quite sure that the suspected chemical attack in Douma had been conducted “by no one else but” Syrian President “Bashar al-Assad”, and when they were asked for the hard evidence to support their claim, they said they had “classified information” that they were unable to “share.”

According to the Russian Ministry of Defense, Syrian air defense units were scrambled to thwart the aerial invasion, intercepting 71 out of 103 of the cruise missiles.

However, the Pentagon says that 105 cruise missiles in total have been fired against the designated targets in Syria and that every single of them successfully hit its respective targets.

Back on April 7, a suspected chemical attack on the town of Douma, Eastern Ghouta, reportedly killed 60 people and injured hundreds more. Western countries blamed the incident on the Syrian government, but Damascus strongly rejected the accusations as “chemical fabrications” made by the terrorists themselves in a bid to halt pro-government forces’ advances.

“It is getting finally clear that those in the West who are exploiting humanitarian rhetoric and trying to justify their military presence in Syria” under the pretext of fighting against terrorists “are actually aligning themselves with them and seeking to dismember the country.”

Russia, one of Syria’s key supporters in the fight against foreign-backed militancy, has repeatedly said the purported chemical attack had been staged by desperate militants to provoke further intervention in the conflict by the West, namely the US-led military coalition that has been conducting airstrikes against what are said to be terrorists’ targets inside the Arab country since September 2014 without any authorization from the Damascus government or a UN mandate.

Syria surrendered its stockpiles of chemical weapons in 2014 to a joint mission led by the US and the Organization for the Prohibition of Chemical Weapons (OPCW), which oversaw the destruction of the weaponry. Damascus has consistently denied using chemical weapons over the past years of conflict in the country.

Syria's Foreign Ministry strongly condemned Saturday's strikes as a “brutal, barbaric aggression”, saying they would only ignite “tensions in the world and pose threat to the international peace and security as a whole.”
Share It :
Related Stories 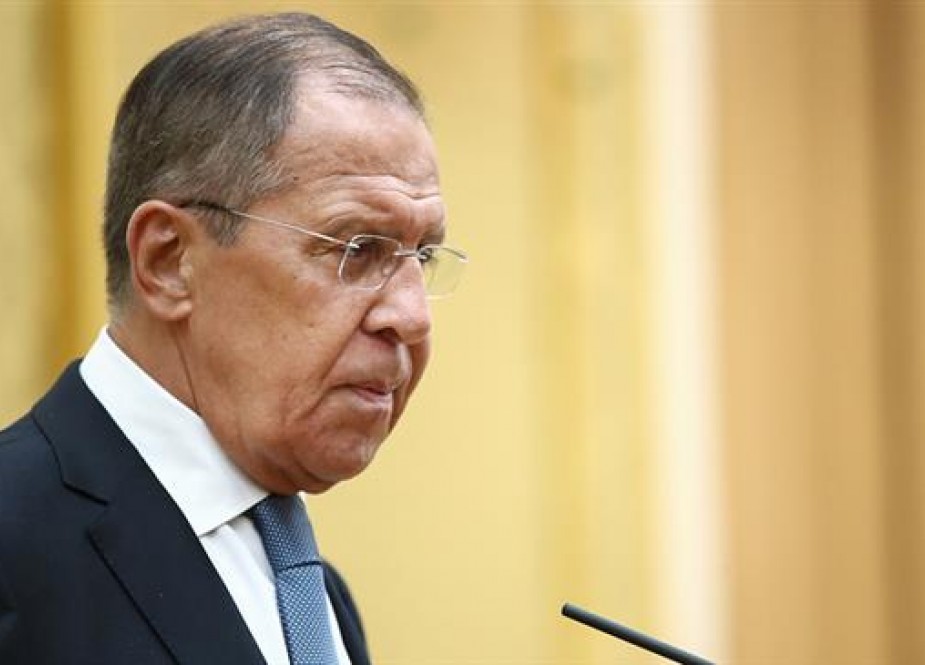