Story Code : 770561
Islam Times - Iranian Deputy Foreign Minister for Political Affairs Abbas Araqchi says the Islamic Republic will continue to support the peace process and the promotion of democracy in Afghanistan.
"The Islamic Republic of Iran supports the Afghan government and the peace talks under the leadership of the Afghans," Araqchi said in a meeting with Afghanistan's Chief Executive Abdullah Abdullah in Kabul on Saturday.

He also pointed to last month's negotiations between Iranian authorities and a delegation from the Taliban in Tehran and said the meeting took place in coordination with the Afghan government.

Speaking to reporters late in December, Iranian Foreign Ministry Spokesman Bahram Qassemi said Iran had hosted a delegation from the Taliban to discuss possible ways to end hostilities in Afghanistan.

“Since the Taliban are in control of more than 50 percent of Afghanistan, and given the insecurity, instability and other issues that the country is dealing with, they [the Taliban] were interested in talks with Iran,” Qassemi said.

More than 17 years of the United States’ presence in Afghanistan at the top of a military coalition have brought nothing but chaos and insecurity to the country as a result of which all forms of organized crimes, especially production of illicit drugs, have been skyrocketing. The country has also turned into a hotbed of violent acts by major terror outfits, especially Daesh.

Following its defeat in Iraq and Syria, Daesh terrorists have been shifting attention to Afghanistan during past months, making the country a new center of their atrocious acts of terrorism in a bid to sow more insecurity across the whole region.

Araqchi further stressed the importance of boosting trade and economic cooperation between Tehran and Kabul and said talks were underway to finalize a comprehensive document for joint cooperation.

Abdullah, for his part, said Iran and Afghanistan enjoyed cordial and strong relations and added that his country supported efforts to finalize the document for joint cooperation.

He commended Iran's efforts to observe the principles of negotiations with terrorist groups and to inform the Afghan government of Tehran's talks with the Taliban.

He said the Afghan government supported peace but stressed the establishment of peace should not undermine the achievements made during recent years.

Representatives from the Taliban, the US, and regional countries met for the fourth time earlier this month in the Emirati capital Abu Dhabi for talks to end the war in Afghanistan, but the militant group’s representatives refused to talk to the Afghan negotiating team.

Abdullah's office said Kabul was aware of the whole process of peace talks and that Washington sought to provide the condition for direct talks between the government and the militant group.

The United Arab Emirates reported tangible and positive results from the talks.

The senior Iranian official arrived in Kabul on Saturday at the head of a delegation for a day-long visit.

His trip came after Secretary of Iran’s Supreme National Security Council (SNSC) Ali Shamkhani also paid a one-day visit to Afghanistan at the head of a delegation comprised of a number of high-ranking security, military and political officials in December.

During a meeting with Hamdullah Mohib, the Afghan president’s national security adviser, Shamkhani said Tehran had been holding a series of talks with the Taliban group “with the knowledge of the Afghan government” and would continue to do so in the future. 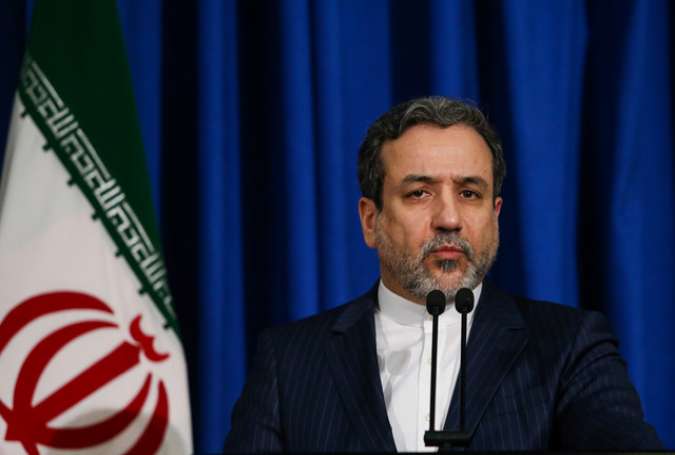