Story Code : 774661
Islam Times - The Palestine Liberation Organization (PLO) has held the Israeli regime and its allies fully responsible for the recent spike in settler terrorism across the occupied territories, referring to the latest fatal shooting of a Palestinian man during a confrontation with Israeli soldiers and settlers.
On Sunday, Hanan Ashrawi, a member of the PLO Executive Committee, condemned “the heinous murder of Hamdi Na’san, 38, and the injury of 30 other Palestinian civilians at the hands of armed Israeli settler militias.”

“Under heavy protection from Israeli forces, these militias raided al-Mughayyir village near Ramallah, terrorizing the defenseless residents and wreaking havoc on the isolated village.

“The political climate in Israel negates Palestinian rights and expresses objectionable racism against the Palestinian people. As such, the marked escalation of terror attacks by armed groups of Israeli settlers against Palestinian civilians is a natural outcome of the culture of hate and atmosphere of incitement and violence against Palestinians that this extremist Israeli government espouses and promotes,” Ashrawi pointed out.

The senior Palestinian official further held the Tel Aviv regime fully accountable for what she described as a “heinous crime.”

Ashrawi stressed that those governments, which actively support Israel’s colonial policies and “shield it from accountability, also bear moral and criminal liability” for the crimes that are committed by Israeli forces and settlers, and go unpunished.

“Equally, those states that choose to remain silent against this terror campaign must know that silence amounts to complicity,” she stated.

Na’san was shot in the back on Saturday, and succumbed to his wounds shortly after at a hospital in the central West Bank city of Ramallah. He is survived by his wife and four children.

More than half a million Israelis live in over 120 settlements built since Israel’s occupation of the Palestinian territories of the West Bank in 1967. This is while much of the international community considers the settler units illegal and subject to the Geneva Conventions, which forbid construction on occupied land.
Share It :
Related Stories 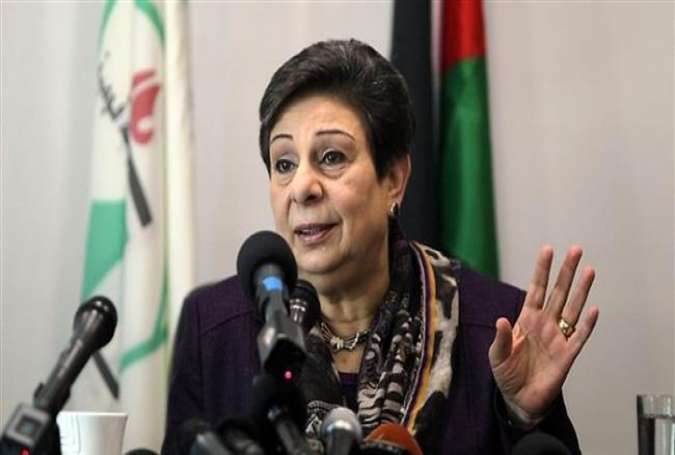