Story Code : 793734
Islam Times - Venezuelan President Nicolas Maduro says his former intelligence chief, who joined opposition figure Juan Guaido during a recent coup attempt, was a "mole" recruited by the CIA to overthrow his government.
“He was captured by the CIA a year ago and was working as a traitor, mole and infiltrator," Maduro said of Chief General Christopher Figuera, who was sent to a military prison in the capital Caracas on Friday.

Maduro said the general was "the one who orchestrated the coup d'etat" by contacting a small group of armed troops to join pro-Guaido protests on April 30.

During that day, a small group of army defectors accompanying Guaido clashed with Venezuelan army at the anti-government rally, in an attempted coup. More than 100 people were reportedly injured as a result of the violence.

The putsch quickly petered out, however, and some 25 renegade soldiers sought refuge at the Brazilian Embassy in Caracas.

Maduro said that Figuera was going to be fired and arrested on April 30, and that was what apparently prompted him to set the coup in motion.

The president said that he had been warned by his top defense and intelligence officials about Figuera’s “strange behavior.”

Washington rewarded Figuera's defection earlier this week by removing him from its sanctions list.

The developments came after Vice President Mike Pence offered incentives to the Venezuelan military personnel to entice them to defect and join the opposition as part of a pressure campaign to push Maduro out of power.

The US has blacklisted more than 150 Venezuelan officials and businesses tied to President Maduro.

Guaio's deputy imprisoned over coup attempt
Diosdado Cabello, Venezuela's head of the Constituent Assembly, said Friday authorities had arrested Edgar Zambrano, vice-president of the National Assembly and the deputy to Guaido, transferring him to the headquarters of the military police Fort Tiuna, in Caracas.

“Edgar Zambrano has been detained. He was one of the main leaders of the coup,” said Cabello.

Zambrano was arrested on Wednesday, as part of a move to bring to justice accomplices to the failed coup attempt.

The Supreme Court also ordered the Constituent Assembly to strip seven lawmakers of their parliamentary immunity after they were found guilty of high treason and conspiracy by supporting the coup attempt.

One of the charged lawmakers, Luis Florido, said in a video on Friday that he had fled to neighboring Colombia.

Three others — Richard Blanco, Mariela Magallanes and Americo De Grazia — have sought refuge in the Argentine and Italian embassies in Caracas.

US, EU denounce arrests
The United States, European Union and several Latin American states, who all recognize Guaido as the president of Venezuela, have since criticized Zambrano's arrest.

Washington called the detention "illegal and inexcusable," on the Twitter account of its now-closed embassy in Caracas, warning of "consequences" if he is not immediately released.

US President Donald Trump also reacted to the arrests, calling them “terrible abuses by Maduro." 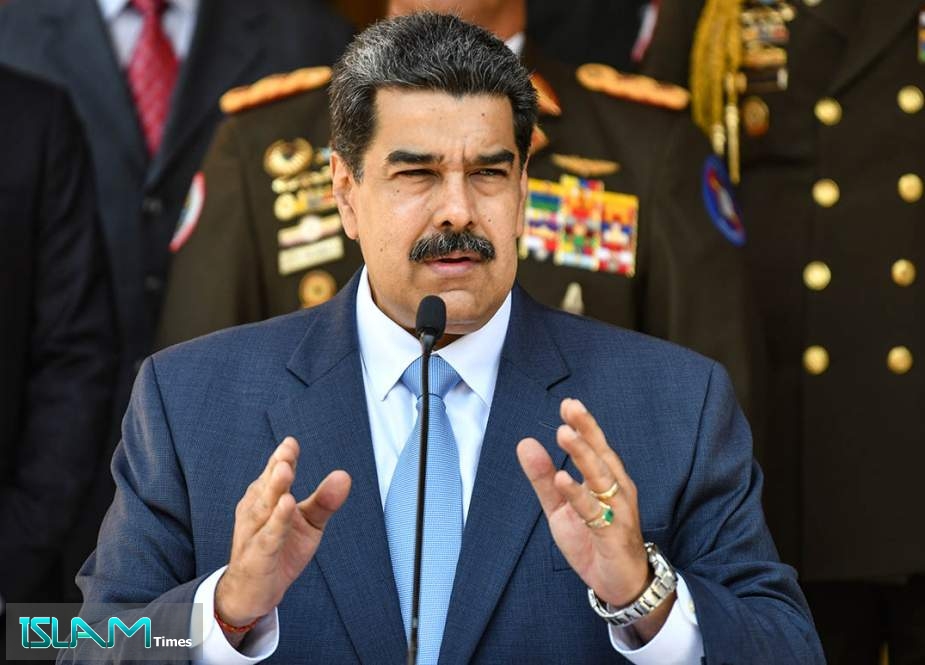