Story Code : 857070
Islam Times - An Israeli unmanned aerial vehicle struck a car carrying members of the Lebanese Hezbollah resistance movement on the Syrian side of the border with Lebanon, but there were no reports of casualties.
The aircraft targeted the SUV near al-Haidari Stores in Jdeidat Yabous village, which is situated 45 kilometers west of the Syrian capital Damascus and across from Lebanon’s Bekaa Valley, on Wednesday, Press TV said citing Lebanese media reports.

The report added that the airstrike damaged the car but did not result in any casualties.

An unnamed Lebanese security source told Lebanon’s The Daily Star newspaper that the Israeli drone’s initial attempt to destroy the car failed, allowing the vehicle to stop by the side of the road and its four passengers to escape before a second rocket hit and destroyed it.

Some media reports, meanwhile, said the strike sought to assassinate a Hezbollah commander.

Ali Mohammed Younes of the southern Lebanese village of Jebchit was pulled from his car, stabbed and shot on a road near Nabatieh.

Younes was reportedly in charge of operations to locate spies for and collaborators with the Israeli regime.

On April 10, the Israeli army threatened to strike Hezbollah positions in Syria.
Share It :
Related Stories 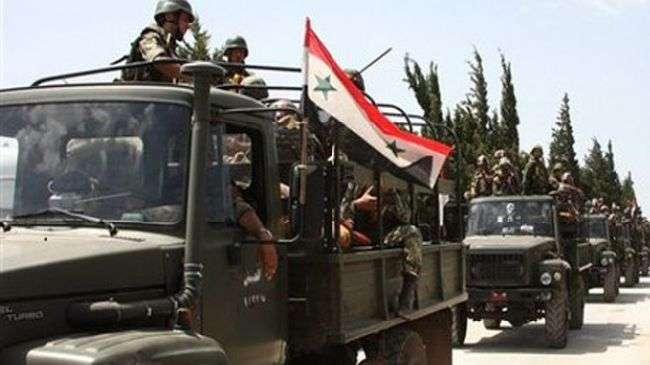